What is going on with the citizenship issue?!

What is going on with the citizenship issue?!

Nowadays that the whole Greece is making 10 posts per day with Giannis Antetokounmpo #NBAvote and words like im/migrant, second generation and refugee are considered very trendy, we have to deal once more with the never ending issue of citizenship. 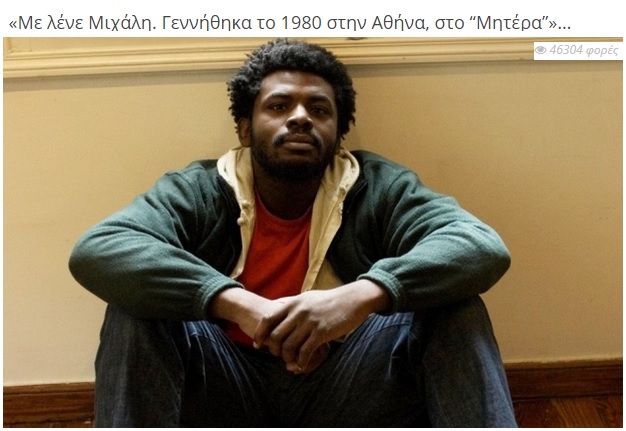 On one hand, we have an article sweeping all over the media and is shared on the speed of light, the personal story of Mihalis, which raises the public eye towards the issue of citizenship, and pushes people on writing stuff like “We have to do something”, “The law must get voted”, “Those kids must be recognized by the state as Greek citizens”! A great deal of panic and people holding a judge’s hammer, rushed to condemn the situation over the social media and rested afterwards feeling pleased to have taken action as socially aware citizens – posting an article and a comment on Facebook.

On the other hand, we have a new law on citizenship, known as 4332/2015, having passed for over a year now. Yes, indeed, there is already a law. Because 90% of the people who shared  the article that took over the media on the last 2 days, did not even bother to check that it was firstly published in 2007 in the newspaper “TA NEA”. Yes, 10 years ago. When 200.000 kids born and/or raised in Greece were fighting for their right to Greek citizenship. And that publication was made by Gazmend Kapllani – an excellent writer and journalist, who lived and worked in Greece for many years, writing articles in newspapers and publishing books that were translated afterwards in many languages, but never got the Greek citizenship. That specific article, along with many other personal stories, was published in the book “My Name is Europe” by Livanis Publications in 2010.

But, today that the access to information is so easy and we are used to retransmit news, stories, opinions and ideas without dedicating the slightest of our time to check the validity of the information, the correctness of the views and the reliability of the sources, we end up screaming – for or against – an issue for which we have zero knowledge!

Because, apart from those who shared the article as a reminder on the issue and responded to each and every comment informing about the current situation, all the others who decided in 2017 to care about the problems of youngsters with immigrant origin just because the most famous Greek today is black and an immigrant, do not even know 5 basic things about the citizenship issue.

The voted law 3838/2010 (Ragousis Law), the decision of the Counsil of State about the unconstitutionality of these laws in 2013, the hypocrisy of the state, Generation 2.0 RED’s campaigns about the citizenship, the passing of the new law 4332/2015, the repetition of the history, the problems and flaws of the new provisions, the non-implementation of the law with the pending applications under the previous legislation, the cumbersome system, the separation of the Citizenship files from the Ministry of Immigration Policy, the racist circular directive for the insurance of third country citizens and the non-stop efforts by Generation 2.0 with consecutive meetings to resolve all these issues, are the things that go unnoticed in the eyes and ears of those who today decided to support.

It is our duty to inform, to try raising awareness, to push the voice of these children as far as it gets. And all those who really think that “We have to do something” and that “It is really unfair for these kids not to have Greek citizenship”, should not stop after only a post on Facebook. They should get informed, support the cause to solve the current problems and, first of all, to treat these kids as equal fellow citizens.