Details on Greek citizenship’s applications until 30.9.2016

Details on Greek citizenship’s applications until 30.9.2016

According to data given by the Office of the Secretary General of Migration Policy, quantitative data are presented about the approvals of the acquisition of Greek citizenship: a) under the law 3838/2010 (Ragousi Law) and b) under the law 4332/2015 (due to birth or school attendance) for Greece and Attica respectively. 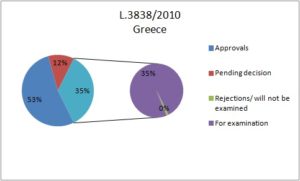 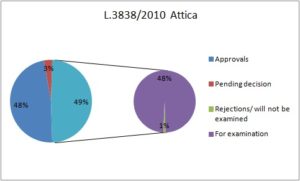 Concerning the requests during the former legal status, it seems that a little bit more than the 50% of them has been approved (53% to be exact) in the whole country. The case is identical at the decentralized services of Attica, where the approvals tend to the 47%. 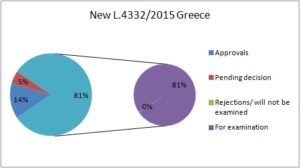 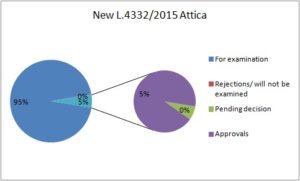 From the above we understand that the disproportionate burden lies in the agencies of Attica, because they gather 43% of the pending applications under the law 383/2010 and 66% of the pending new applications. These percentages are justified by the gathering of the population in the capital city. However, they create peripheries of “different velocity”, a problem which has also been emphasized by Generation 2.0 in a previous report, in August 2016.

It is reminded that according to the Amendments of the provisions for Greek Citizenship (l. 4332/2015)