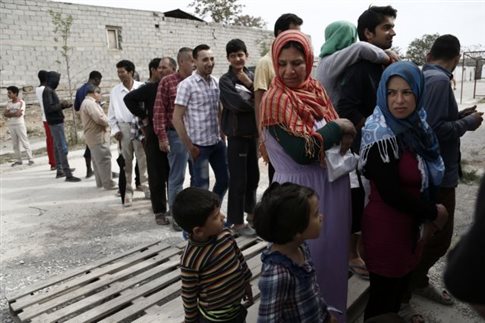 The stormy history of migration policy in the Greek system seems to be a standard practice of errors and a sloppy approach, without an established common tactic and organization.

When the asylum and reception services were established, went under the supervision of the Ministry of Citizen’s Protection instead of the Ministry of Interior, and they began their function after two years after, without adequate mechanisms in addressing the enormous need that followed with the big migration waves arriving in Greece.

In view of the reshuffle, the design of a single organizational structure was put aside, moving once more on a rushed and unregulated establishment of the new Ministry of Migration Policy, for which we don’t have a clear picture yet.

The only thing we know is that the Citizenship Office, instead of accompanying the Secretariat – General of Migration Policy, seems to be staying at the central Ministry of Interior, in line with the logic that citizenship concerns Greek citizens.

Minister of Migration Policy, Giannis Mouzalas, regarding the patchy establishment of the new Ministry, talked about the necessary separation of the Ministry in order to overcome bureaucratic and administrative issues that are preventing its smooth operation during the crisis.

Regarding the Citizenship Office, the portfolio of which looks about to remain at the Ministry of Interior – with what this might entail – he talked about the reciprocal nature of citizenship and the extended discussions about the decision that concerns the luck of the Office and the Ministry which is going to be in charge of the Citizenship.

At a time when the unification of all services of Migration Policy in a single political service seems to be more important than ever, with the act no. 4332/2015 facing many issues and delays during its implementation, the Greek State appears to be unable to cope.

Generation 2.0 RED continues monitoring the course of the Migration Policy and the Citizenship issue, keeping you informed on a regular basis about the developments. We are expecting the decisions regarding the new Ministry.