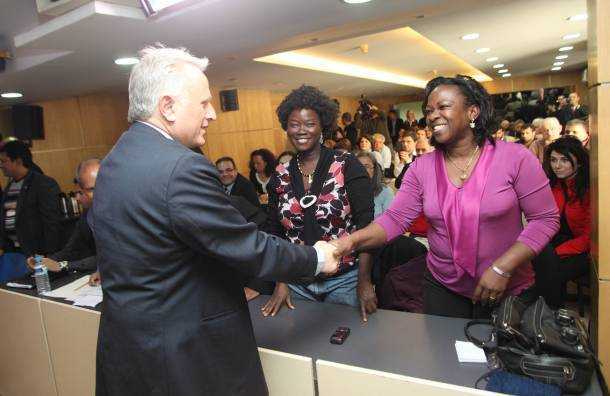 On Tuesday the 5th of February 2013 the Council of State’s decision was published, which was first leaked to the press on the November 13th, 2012. The Council of State judged as unconstitutional the provisions of the law 3838.

According to the Council of State’s provision, the majority of the Council’s members decided as a perquisite for the Greek citizenship acquisition the awareness of the candidate on Greek ethics and traditions – regarding the citizenship acquisition by birth -, a fact that wasn’t guaranteed by the law 3838, according to the decision. Furthermore, the 6 years of Greek school attendance weren’t sufficient evidence for the integration of people who weren’t born in this country. Participation of the foreign long term residents in the local elections was also judged as unconstitutional by the majority of the council of state.

Children with migrant origins are not “people of unspecified origin”, as they were indirectly characterized by the majority of the council of state’s judges. They are people born or brought in Greece at an early age. And have lived their whole life in the country. This seemed to be recognized only by the minority of 13 judges who condemned the views of the majority regarding the nation-state, which is “threatened” by potential citizens of the law 3838, i.e. children with a migrant background.

The fact that the decision of Council of State was based on the majority, and not the full court, could be considered as encouraging. But, from the other side, specific fears could arise if the legislator – the only responsible according to the constitution – will be able to ensure these peoples’ participation in the Greek society.

Generation 2.0 expresses its disappointment regarding the Council of State’s decision and its upcoming implementation. “Jus sanguinis” cannot govern the laws of a society that wants to be called democratic and is now de facto multicultural. The proof for all these can be seen in us who are educated within the Greek system, members of the Greek society, but at the same time second-class citizens, purely because of our parents’ origins.