New statistics on citizenship for the first half of 2018

New statistics on citizenship for the first half of 2018 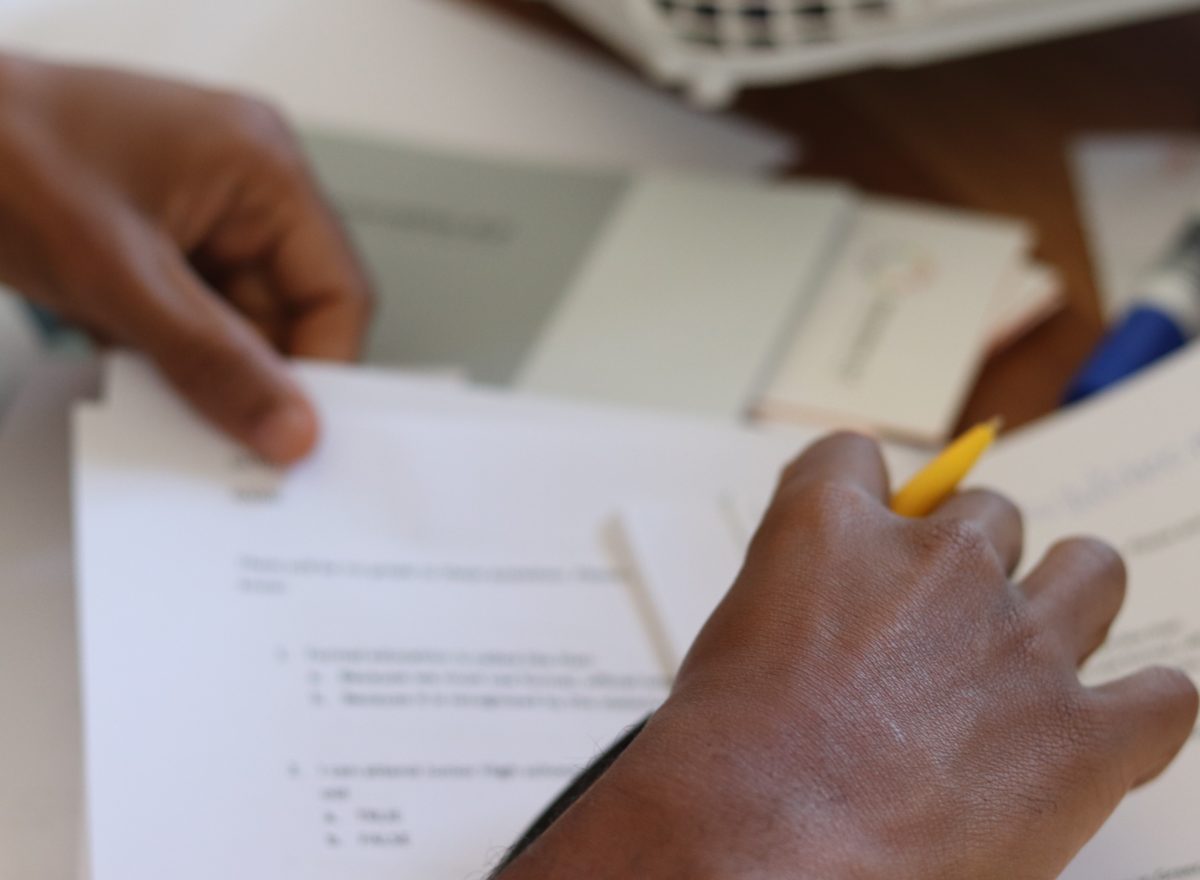 Based on data provided to us by the Ministry of Interior, Generation 2.0 RED presents the quantitative data on applications for Greek citizenship both by naturalization and under the law 4332/2015 (due to birth or school attendance) for the first half of 2018. The figures presented are on a nationwide level as well as the regional levels of Attica, Athens and Thessaloniki. 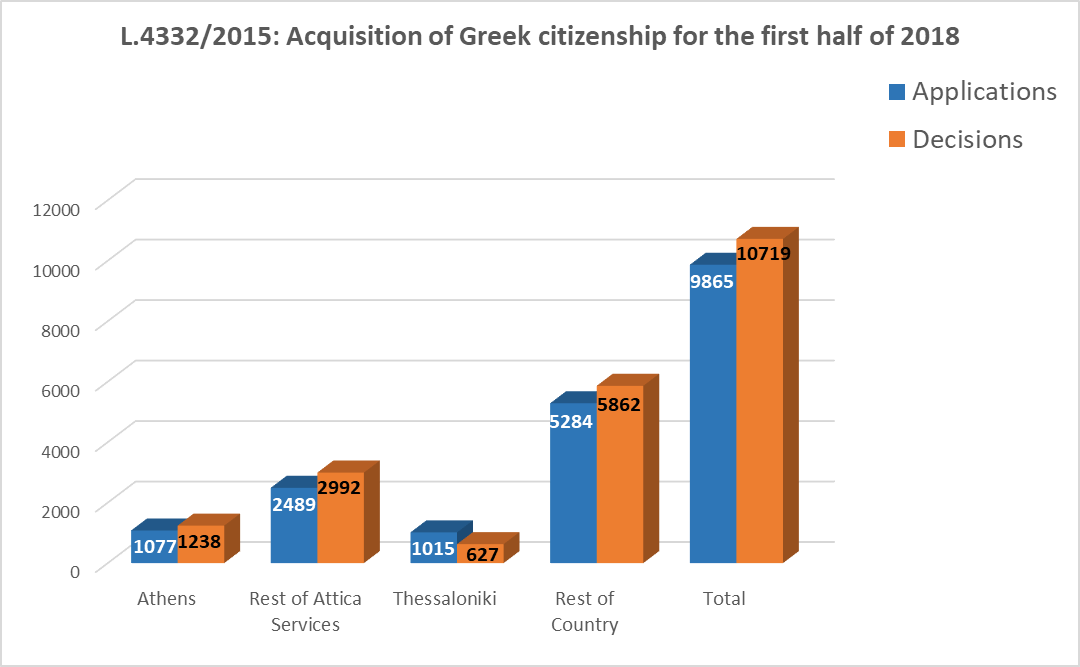 Based on the above it is evident that for the first six months of 2018, the service of Thessaloniki (with local jurisdiction in the regional section of Thessaloniki) continues, as we have already noted, to be an exception regarding the ratio between applications and decisions issued. For this reason, the quantitative data of this specific service is depicted and not only that of Athens and the rest of Greece. We can see how, although it has received almost the same number of applications as the corresponding service in Athens, the percentage of decisions it has issued, is much lower. Generation 2.0 RED has already raised this issue with the relevant authorities, find here our announcement. 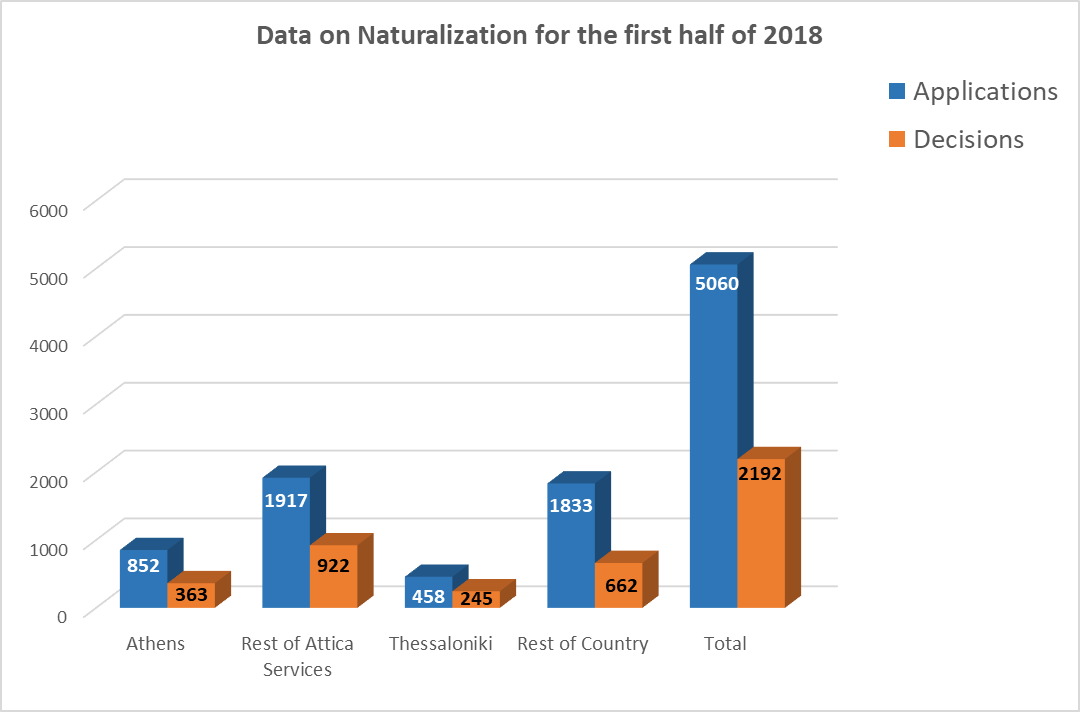 Apart from the procedure for the children of migrants, there is also the procedure for acquiring Greek citizenship for legally residing third-country nationals (as well as for people of migrant background who do not meet the requirements of law 4332/2015) known as naturalization. What the quantitative data reveals is that compared to the total number of applications, the number of decisions issued is quite low.

A decrease in numbers

Comparing this set of data with that of the first half of 2017, there is an evident downward trend in both procedures for citizenship. In the acquisition of citizenship based on by birth or school there is a 14.75% decrease in the overall decisions issued compared to last year, while the percentage of applications has also decreased by 12.65%. 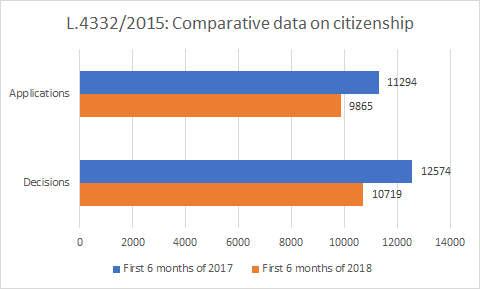 The quantitative data in the process of acquiring Greek citizenship by naturalization also confirms a downward trend compared with the same period of 2017. Decisions are down by 23.70% while applications are up by 13.40%. 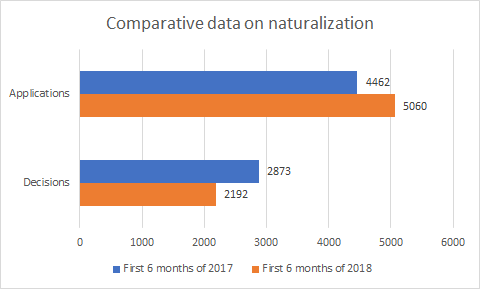 *For clarification, decision numbers only refer to positive decisions and do not take into account rejected applications.