Manolada: One year after the ECHR sentence, has the situation improved?

Manolada: One year after the ECHR sentence, has the situation improved? 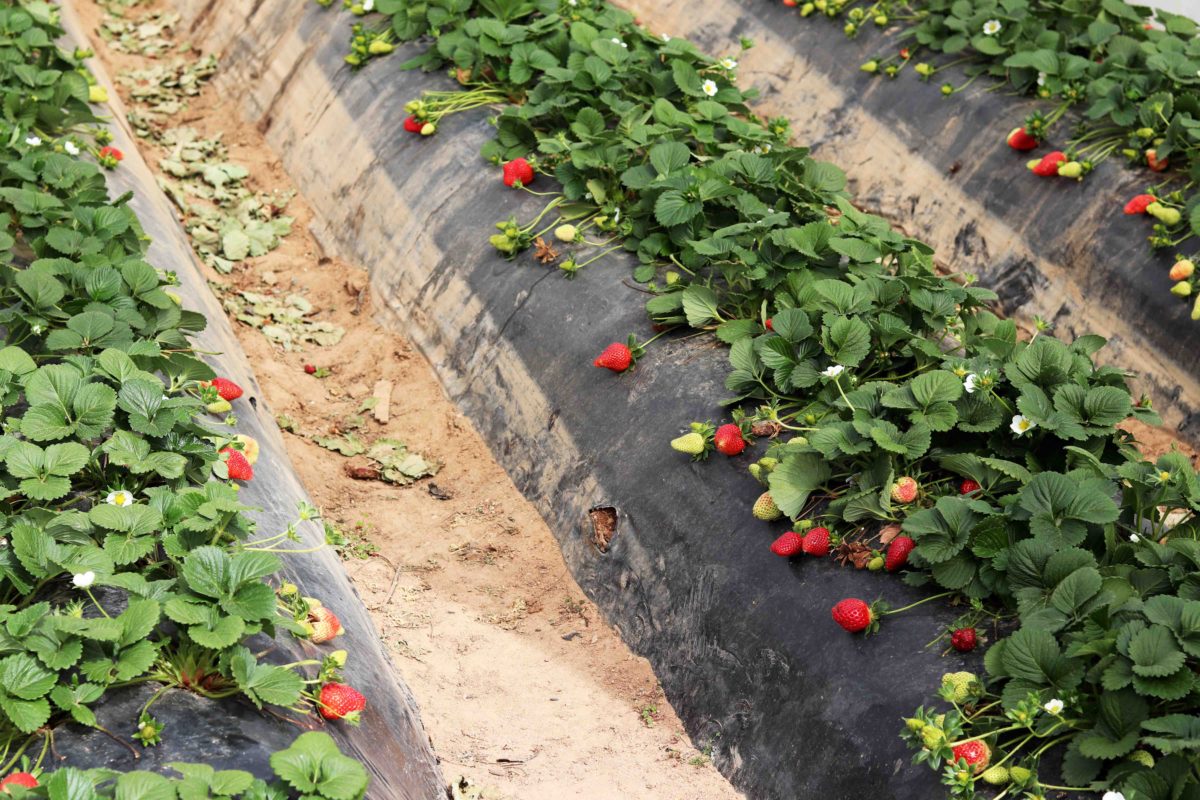 Photograph from G2RED’s trip in Lappas, for a two-day training workshop with the community of land workers there.

A multitude of greenhouses covers the surface of the land in Manolada. The place, known because of the exploitation of migrant workers in the strawberry fields, was marked in 2013 after a very serious episode. It was the year that field owners opened fire against the Bangladeshi workers, who were protesting because they did not receive their wages for many months. Despite the fact that there had been cases of torture in the years before this episode, the conditions of life and work for migrant workers in the area became well known only after it.

The importance of the case could not fall silent: the Bangladeshi workers were seriously injured. The episode was very well covered by media and it led to a strong public reaction at that time. For this reason, the case was brought in front of the Patras Court, which acquitted the field owners of human trafficking. The basis of the Court decision was that the workers were free to leave the farm at any time they wanted.

After the defeat in the Greek courts, the case was brought in front of the European Court of Human Rights, where victims can appeal in case the State violates or does not prevent the violation of a basic human right. Exactly one year ago, on the 30th of March 2017, the Court found that the workers had been subjected to forced labour and that Greece had violated Article 4 of the European Convention. Particularly, in the decision of Chowdury and others VS Greece, the ECHR accused the country of failing to prevent forced labour by adopting measures to end the factors giving rise to it, despite being well aware of these. The Court held that Greece was to pay each of the applicants between 12 and 16 thousand euros for each of the 42 Bangladeshi workers that appealed to the Court.

Read also “Manolada: The Story Behind the 2 euros/kg Strawberries”

Even if the situation has improved since 2013, no significant measures have been taken by the State in order to guarantee safe working conditions so far in Manolada. Even if there is now the possibility to work in a semi-legal form with the agricultural work permit, the procedure in acquiring it seems to be long and depending on the will of the field owners. Apart from that, the labour inspection body seems to be dependent on the ratification of the Convention 29 of ILO, on which there is no clear agenda.

In our program “Paralegals in Rural areas”, where a group of selected Bangladeshi workers take the lead in supporting their community in Manolada, we see that 5 years after the episode and 1 year after the ECHR sentence, the situation in Manolada is still tough. Each worker earns around 24 euros for 7 hours of job a day and at the high season they work 7 days a week. Protection from chemical products and decent accommodation are not guaranteed. The accommodation is usually paid by the workers themselves and it is very expensive. A room in a house costs 300 euros a month, and thus, many persons have to live together in only one single room. To live in an isobox, instead, costs 100 euros a month; those who live in the green houses together with other 12-20 persons might pay 30 euros a month for every single person.

If the ECHR sentence affected the conditions in Manolada to a minimum, it did not affect at all the conditions in other rural areas of Greece, such as Filiatra, where the exploitation of the field workers is astounding. Particularly, workers usually work 10 hours a day for a total amount of 22 euros, without days off. Each room costs 50 euros a month per person, but there are a lot of eviction cases. For this reason, there have been cases of people camping outdoors -even inside the cemetery.

Migrants throughout Greece are still working under very difficult conditions in the agricultural sector, for field owners that are not abiding by the law and are not guaranteeing basic human and working rights. This is why we keep on reminding: because we don’t want another Manolada anymore, not in Greece, not in Europe, not anywhere in the world.