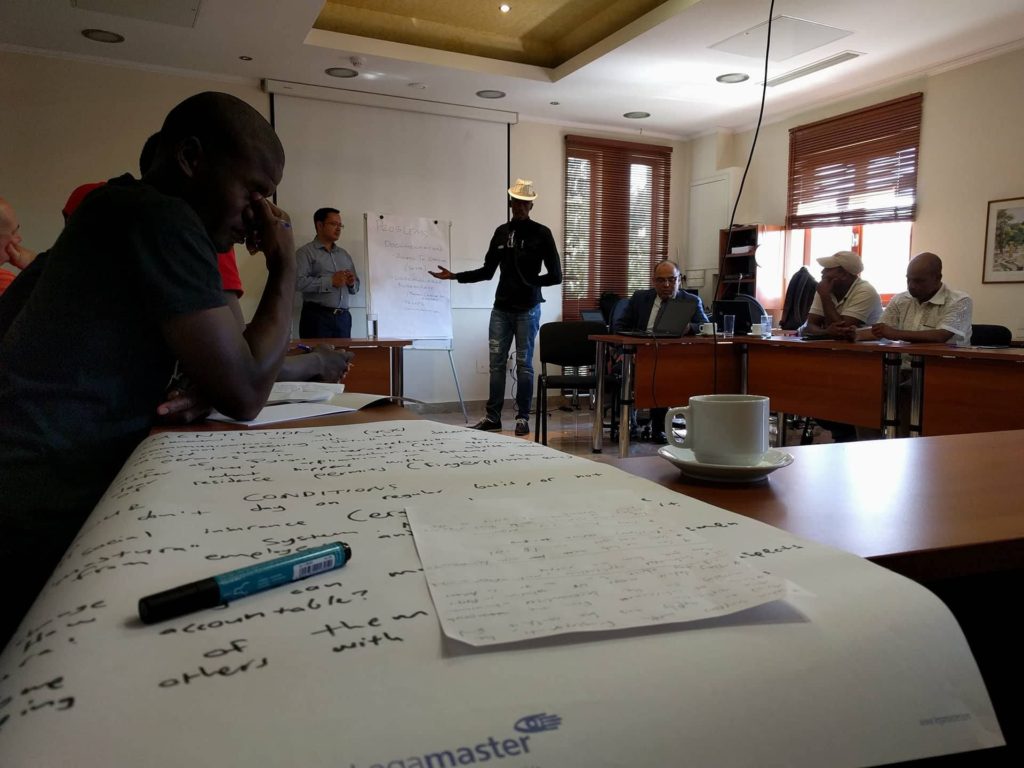 Since Generation 2.0 for Rights, Equality & Diversity started operating, we have been advocating for the rights of socially vulnerable groups. In this context, for many years G2RED has been training paralegals, meaning people who specialize in legal issues and procedures concerning the immigration code, the citizenship issues and the asylum process.

In October 2016 we decided to implement a pilot training program for volunteer paralegals in rural areas of the country, namely Manolada in Ilia and Filiatra in Messinia. The recipients of this training are land workers belonging to the Bangladeshi and African communities respectively. The aim of the program is to create a database of violations of workers’ fundamental rights that will highlight the issues which arise, acting as leverage towards the authorities in order to develop policies defending workers from third countries.

The human rights group has reached these two communities for the following reasons: in Manolada there have been widespread incidents of forced labor and human rights abuses for several years, culminating in the shooting and injuries of workers in 2013. The picture has improved considerably in relation to the past, but after an autopsy made by G2RED, it has been found that there are still important issues that emerge regarding the working and living conditions of these people, so the Bangladeshi community in Manolada could not be absent from this effort. It is estimated that there are around 5.000 members of the community living and working in this area.

On the other hand, there are about 110-120 people living in Filiatra from various countries of Africa, such as South Sudan, Nigeria, Uganda, etc. In the past year we have already recorded several incidents of violence and forbearance on the part of farmers and some residents of Filiatra. Racist attacks, shots in the air for intimidation, miserable living conditions, unpaid labor and employers’ violence are just some examples of the hate and xenophobia rates in this area.

Since the start of the program, G2RED has made three visits to Manolada and one to Filiatra. During these visits, all the problems faced by these two populations were discussed, information on the specific program and the institution of the paralegal was carried out, joint actions were sought and possible solutions to the issues that are being addressed every day were proposed as well. The necessity of this movement was also revealed by the considerable interest shown by people of the community to be trained and eventually become paralegals themselves.

Of these visits, 13 candidates were selected to be trained, 9 from the Bangladeshi community and 4 from the African. The training seminar was held in Ancient Olympia during 19-22 July. Those participating have been particularly enthusiastic on their part and have been trained on various legal and employment issues, as well as on how to react with the use of legitimate means. For its part, G2RED is committed to visiting and educating the communities, recording and highlighting the significant problems of these people, both at a national and a European level.