Manolada: The Story Behind the 2 euros/kg Strawberries

Manolada: The Story Behind the 2 euros/kg Strawberries 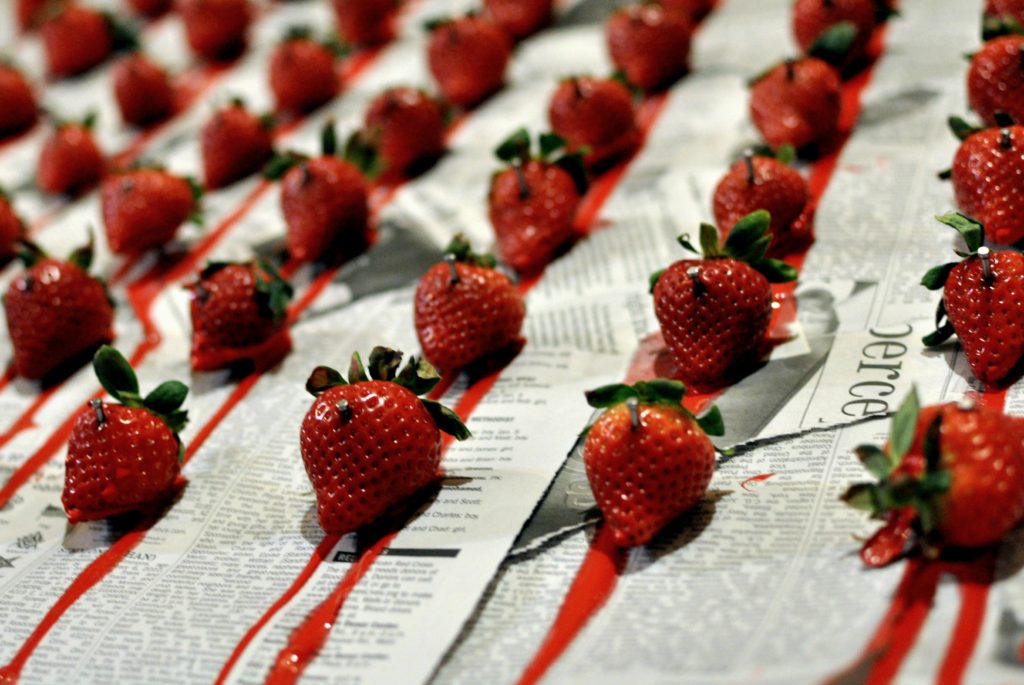 “When I was at school, I read that Greece is the country where both democracy and civilization were born, and I wanted to go there. When I arrived in Manolada, I lived the opposite of what I read at school. But then, many persons started to help me and I understood what those books wanted to say”.

These are the words of one of the migrant workers after the judgement of the European Court of Strasbourg in the sentence Chowdury and others VS Greece. The case concerns 42 workers coming from Bangladesh, who were exploited in the strawberry fields in Manolada, in the Peloponnese. The case was brought in front of the Greek Court after an extreme episode that happened in 2013, which was well covered by the media: irregular migrant workers were shot and several got injured because they protested for not having received their wages for many months.

The conditions of the irregular migrant workers in Manolada were really tough, since the workers were not paid and they were often beaten. Moreover, the field owners continuously threatened to call the police and have them arrested, because they were undocumented. Last but not least, the workers had to buy basic goods from the “owner” and many times did not even have running water and electricity. Despite the situation, the Greek Court stated this could not be considered as a case of labour trafficking, since the workers could stop working at any time; moreover, only a fine was given to the field owners that opened fire.

After the Greek Court’s judgement, the case was brought in front of the European Court of Strasbourg, where the victims can appeal when a State violates or does not prevent the violation of a fundamental human right. The Court’s sentence is a very important one, because, for the first time, the European Court treats a case concerning forced labour of irregular migrant workers (there had been cases of children forced to work and people tricked to work in prostitution but there were no cases of forced migrant workers). For this reason, it represents an important step forward for the rights of the irregular migrant workers, which have been subject of labour exploitation.

The Greek State has been accused of failing to prevent human trafficking of irregular migrant workers, constraint to continue threats, exploitation, violence and lack of decent conditions of life. For this reason, the Greek State will have to pay between 12 and 16 thousand euros for each of the 42 workers involved, the highest fine the Court of Strasbourg had never asked. This sentence could represent a first important step towards a deeper protection of the irregular migrants workers not only in Greece, but in the whole Europe as well. The Greek government could bring the sentence in front of the Great Chamber in the next three months: if it does not do it, it is because the Manolada episode happened under the previous Conservative Party.

Chowdury and the other guys are smiling. He has 28 gunshots in his body, others have a little less, but none of them is a victim, at least not any more: In front of me I can only see men aware of their own rights, which have finally been recognised.