HIDE & SEEK: The Pause | “Intégrée means to be deep inside the society”

HIDE & SEEK: The Pause | “Intégrée means to be deep inside the society” 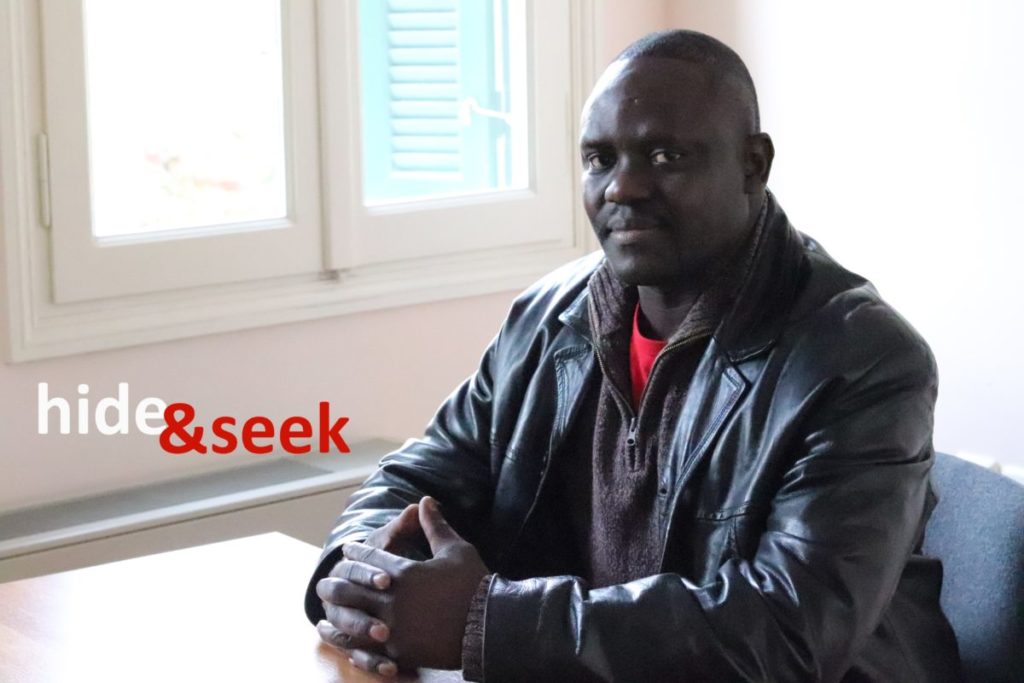 Dame was born in Senegal in 1967. Twenty-nine years later he comes to Thessaloniki, Greece and twenty-two years after that we meet in Korai square one Saturday afternoon. Young, smiling with kind eyes. Making estimations with robotic math, my first question to ask him was his age. Indiscriminate, but it was not making sense.

He is probably a Jarmusch’s vampire or a Marvel’s super hero or the Tree of Life is growing in his yard! No other explanation was making sense!

Through our conversation I understood that he gained this face. He gained it with his heart’s kindness and with his hard handwork. But let’s take this from the beginning.

“My brother who lives in Ermioni, took me to Greece. I decided to stay with him. For three years I was working in the fields. Oranges, olives, tomatos everything. I was undocumented because till 1988 in Greece you could only come as a university student“.

In the beginning it was chaos onwards the primordial cosmogony generates immigration legislation. So Dame refreshes begins to renew every year until today, that he is holding a ten year residence permit and he keeps waiting and waiting his naturalization interview to become a Greek citizen. A route that cannot be characterized as totally smooth.

“I have struggled. I am tired“.

From nothing having a residence permit. From indefinite to ten. From the decade to naturalization. But when the time comes to proceed, Golden Dawn takes precedence and all froze. Dame doesn’t want to leave, but he is thinking about it. France or Belgium? He decides to try again. Once more!

“I didn’t want to leave. I have friends here, I have the sun. With Greek people it always felt like we were brothers. We work together, we eat together, we talk. I want to live here“.

And that’s how it happened. Two of his colleagues signed as deponents and the naturalization process started again, creaking like a prewar gear though. Dame is staying!

When I ask him about his employment I didn’t expect this answer or these answers.

“For many years now I work at the airport for Cargo Export a commodity inspection company. Every two years we receive a training to be ‘up to date’. I like to constantly learn and I learned a lot in my work at times“.

What other jobs has he done, I wonder.

”Starting with broom and dustpan in building process, I learned and put tiles, to operate a crane, to paint, to do welding. I made the Hilton, Great Britain, the Ledra Marriott. I do whatever I know and I try to learn what I don’t”.

When we were all discussing about the economic crisis, Dame was in Zante working in a company. They covered his expenses, his transport and they provided a very good salary to him. Can you imagine?

”It is not because they loved me, but because I did all the work for them”.

How simple does this sound. ‘I did all the work for them’. And now you can imagine for a moment what would happen if we all just did our job. Correctly, consistently, eager to learn what we do not possess, and integrated. I will not say what I see, because the fantasy of storytellers always goes too far, but you got the point! And then I ask what he you usually does, when he is not working.

”For many years when I was not working, I was working somewhere else. Now I also have a second job, but I have my family and children. I am a member of the Senegal community, I have the parents’ association and ..”

I ask him about his children, Mane and Ben. He likes to see them when he wakes up, climbing up in his bed and hanging up from his neck. To put them to bed at night. To spend time together. To go for walks and holidays. He also has an older daughter, who lives in Senegal.

”Everything is about family. I am a good father. I am a good husband, I know. That’s how I grew up. Like my parents did and I am thankful for it”.

He talks about his wife and how lucky he feels about her.

”Yesterday she told me again “I love you very much”! We are together for almost ten years! Koura and I are from the same city. She was at the same class with my sister. I helped her when she came to Greece and since then we are together. We are different. She runs, I want to be stable”.

He is a man who worked very hard and he did so well so I cannot but ask him what would he say to those who now begin the process.

”If they decided to stay here, we call it integree!”

For non French speakers he explains: ”To get to know everything for the country they live. The language, the law, their rights, what you can and what you cannot do. To use their hands and their minds. Integree means to be inside, inside society”.