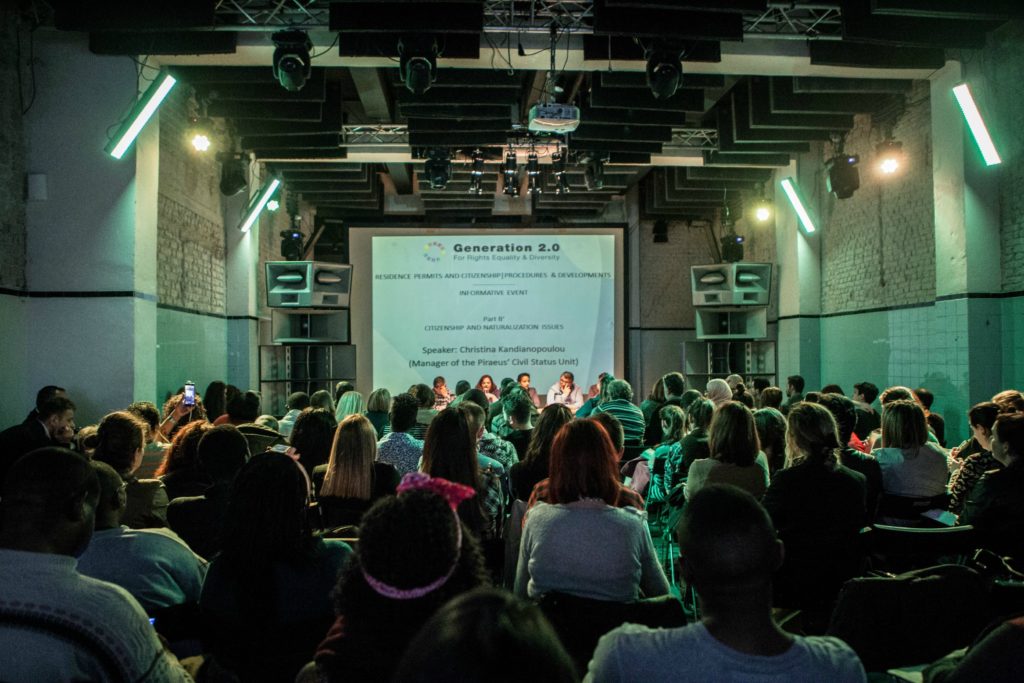 On Thursday, March 23, Generation 2.0 RED held an informative event titled, “Residence Permits & Citizenship: Procedures & Developments”, a meeting between communities and representatives of the decentralized immigration and civil status directorate. The purpose of the event was to inform the public on the relevant procedures. It was also an opportunity to bring together members of different migrant communities in Athens. This consequently ensured that the concerns and difficulties faced by the immigrant populations in Athens and in Greece in general, would be highlighted.

The informative event and the issues raised were based on questions made by the audience to Generation 2.0 RED, which were then passed on to the speakers. The crowded hall and the active participation of the public with questions at the end of the speeches showed the great importance and the need of such events, which set the foundation for claiming equal rights and living conditions in Greek society.

You can find a pdf summary of the information that was distributed at the event here.
Don’t forget that this is the second informative event held by the organization, acknowledging the great importance of such events being held regularly.