Report on the situation at Manolada June 2021

Report on the situation at Manolada June 2021

Manolada Watch is an initiative of the organization Generation 2.0 for Rights, Equality & Diversity for the monitoring of working and living conditions of the migrant agricultural workers in Manolada in Ilia, Greece. Since 2017, as an organization, we have been dealing with the situation in the region, which has resulted in us having a lot of data and relevant experience. We decided to share this experience with the public, in order to contribute to the awareness of the Greek society and the public authorities for the case of Manolada.

This report follows two consecutive visits of our organization to Manolada, on June 17 and 19, 2021. On the first scheduled visit, we went to the two camps we are monitoring as well as to strawberry fields, recorded what we saw there and talked to land workers about their living conditions, their legal status, working conditions and other current issues. On the second visit, which took place due to the fire that broke out in a camp that we are monitoring, we went to the spot, we discussed with the land workers who lived there and then we discussed with the Commander of the Fire service and the Mayor of Andravida-Kyllini.

There is no official data and numbers of registered land workers. Most of the land workers are from Bangladesh. Among them are very few land workers of Pakistani and Egyptian origin, according to local authorities, who refer to at least 7,000 men in the past year. This population has reduced as strawberry production is completed around the end of June and the land workers are moving to work in crops in other parts of the country.


Because land workers have not been registered in general, there is no official number of people who were residing in the camp destroyed by the fire.

Most of the land workers have no legal documents. As we have recorded in previous reports, a small percentage of them have received a certificate of “postponement of expulsion due to employment in the agricultural economy” (based on article 13A of Law 4251/2014). Also, few have a residence permit for humanitarian reasons due to the fire of 2018. According to estimates by land workers, it is about 450 people in total.

According to the testimonies of the land workers, during the fire, passports were burned as well as documents that some of them were collecting as evidence in order to file for a residence permit for exceptional reasons. As the land workers told us, the Bangladeshi Embassy has been informed about the passports, which is expected to replace them with new ones.

The living conditions in the two camps, which we visit regularly, do not show any improvement. In one camp the makeshift huts made of bamboo remain, steel and greenhouse plastic films, in each one of which 10 to 20 people live together. There is no water supply network there and as a result the residents store water in small plastic tanks, which are placed between the shacks under the sun. Huge amounts of garbage continue to be collected inside the camps as well as sewage from makeshift toilets.

The other camp, which had been created more recently, after the fire of 2018, has expanded around the perimeter and its interior has become more crowded, as the rudimentary accommodation has increased, having been set up new-ones with aluminum and nylon tin. An improvised place of prayer had also been created in this camp.
On the afternoon of June 27, a fire broke out inside the camp, which spread and destroyed all the shacks. According to the land workers, all the shacks that were burned were 23 inside the camp and 20 around it. The land workers that were living there, currently are hosted by compatriots in adjacent camps, while others sleep in an area with olive trees next to the damaged camp. The causes of the fire are being investigated by the Fire Service, which is in the preliminary examination stage.

According to the land workers, the strawberry harvest is expected to be completed by the end of June. As the land workers informed us, working hours and wages remain stable, as they are employed 7 hours per day and their wage is 24 euros.

Nothing has been announced by the state until recently about the possibility of vaccinating this large population group.Regarding the health protection measures against COVID-19, until recently there has been no special concern for the land workers. In particular, nothing has been announced by the state regarding the possibility of vaccinating this very large population group. As we were informed by the land workers, those who have residence permits or work with a certificate of “postponement of expulsion due to employment in the agricultural economy” (based on article 13A of Law 4251/2014) and therefore have AMKA, have already been vaccinated or have declared to be vaccinated in the near future. This is a very small percentage of the population as the vast majority are without legal status and legal documents. Furthemore, the Center of Integration of Migrants of the Municipality Andravida-Kyllini took some action on the issue of vaccination of land workers. Initially, it informed them about the importance of vaccination and the right of those who have AMKA to be vaccinated while it has sent a letter to EODY requesting that a unit of doctors come to the area, so that those who do not have AMKA can be vaccinated. 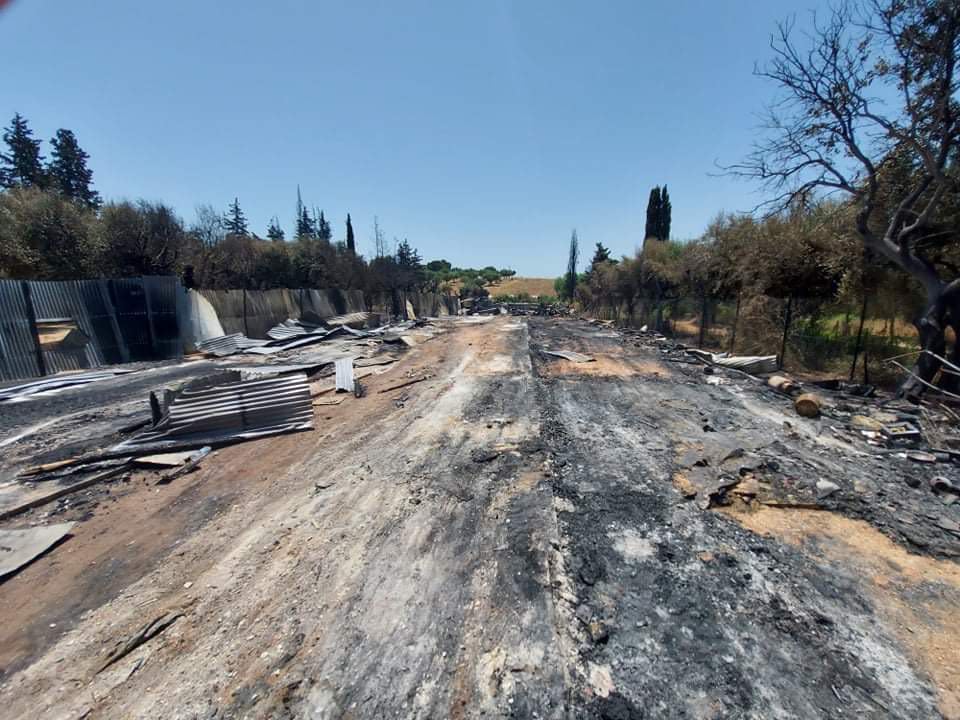 The total destruction of the new camp by the fire ©Generation 2.0 RED 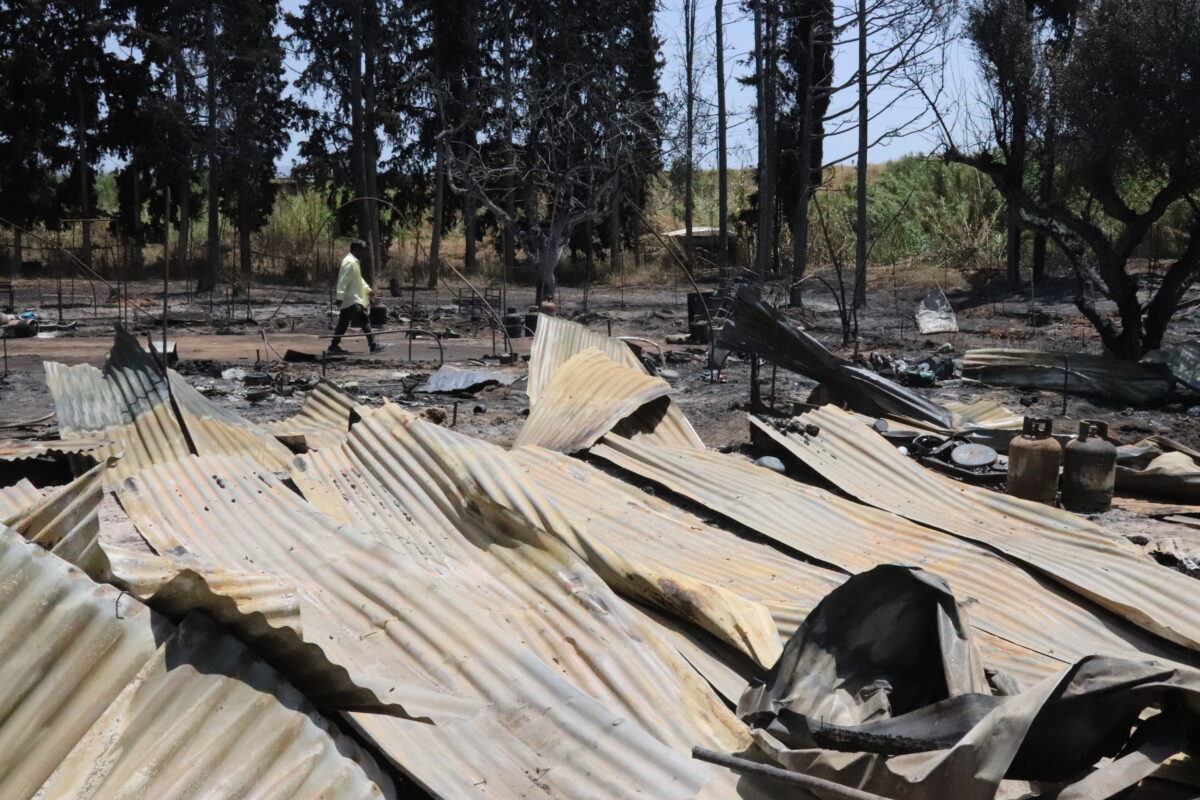 The fire leftovers at the new camp ©Generation 2.0 RED 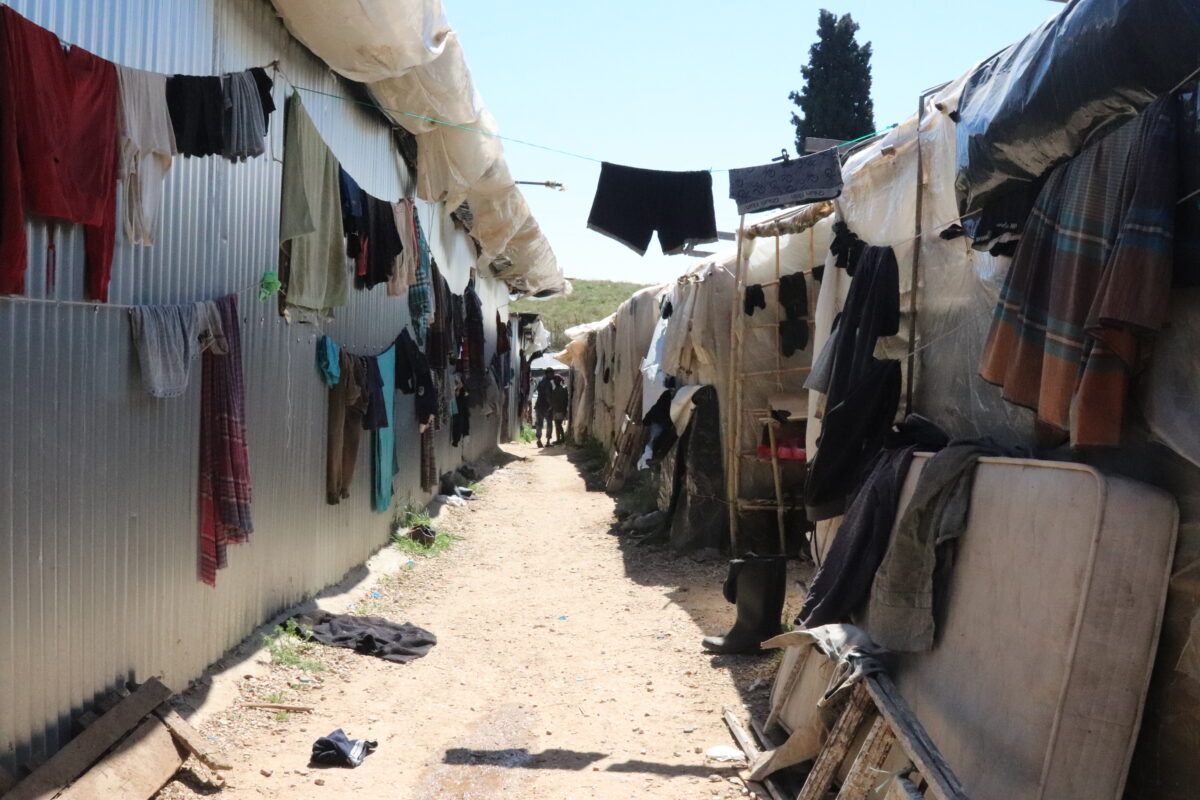 The new camp before the fire ©Generation 2.0 RED 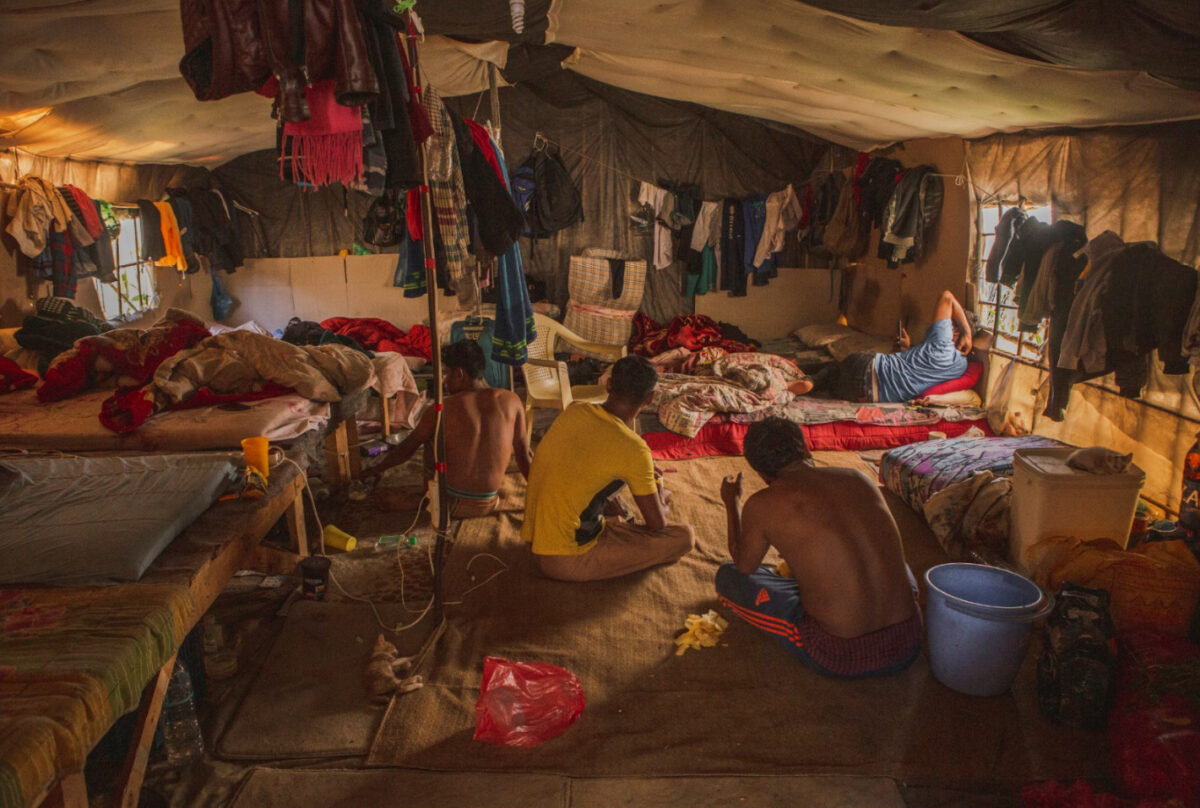 Interior of a hut at the first camp ©Anna Pantelia 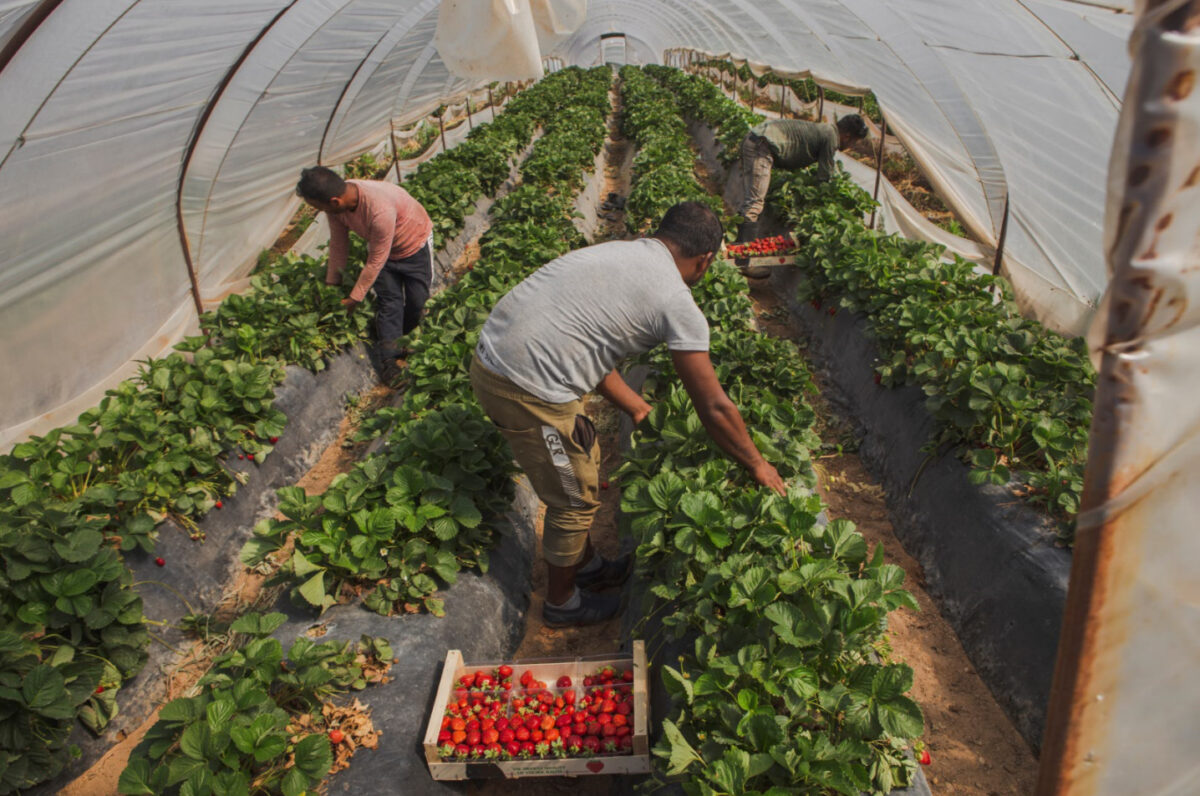 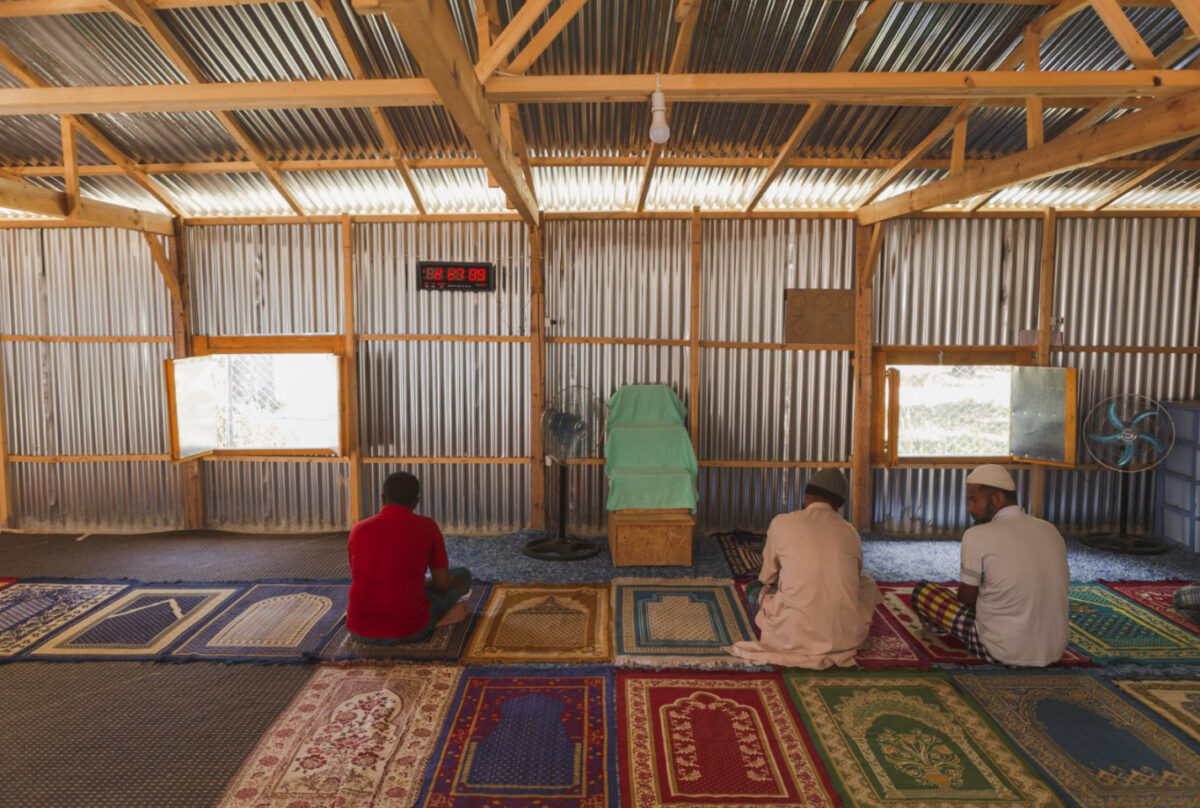 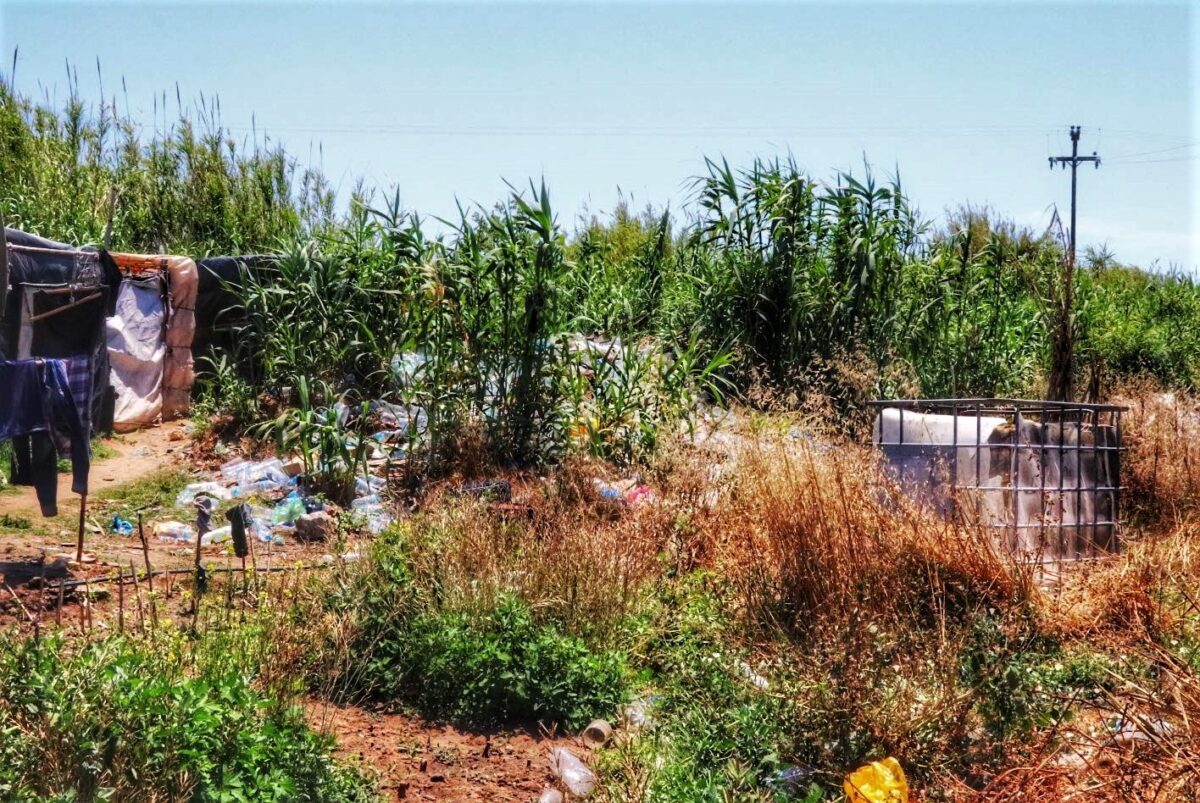 Broken tank and pile of rubbish at the first camp ©Generation 2.0 RED

Here you can find April’s report.