Report on the situation at Manolada | April 2021

Report on the situation at Manolada | April 2021

Manolada Watch is an initiative of the organization Generation 2.0 for Rights, Equality & Diversity for the monitoring of working and living conditions of the migrant agricultural workers in Manolada in Ilia, Greece. Since 2017, as an organization, we have been dealing with the situation in the region, which has resulted in us having a lot of data and relevant experience. We decided to share this experience with the public, in order to contribute to the awareness of the Greek society and the public authorities for the case of Manolada.

This report follows that of November 2020, which aimed to record the working and living conditions of land workers in the second lockdown due to COVID-19. In the previous report, the information was recorded remotely after telephone contact with local authorities, officials and land workers. Following these contacts, on April 9, our organization visited again the camps of land workers in the area and also held a meeting with the Mayor of Andravida-Kyllini and a telephone conversation with the Commander of the Varda Police Department.

According to the municipal authority and testimonies of land workers, during the pandemic, only one case of a land worker from the area with coronavirus has been recorded, who has been admitted to hospital. Specifically, in November 2020, one day after the publication of our last report, a 27-year-old migrant land worker from Manolada, was admitted in critical condition with symptoms of COVID-19 to the University Hospital of Patras, where he passed away some time later. Since then, no other cases of coronavirus of land workers in the area have been reported hospitalized.

As the local authorities and the land workers informed us, in the previous period there have been cases where fines were imposed on land workers for unnecessary movement or non-use of a mask, especially in the square of New Manolada.

Regarding the health protection measures against COVID-19, until recently there has been no special concern for this very large population group living in the area, nor has there been any planning for their potential vaccination. As we have been informed by land workers, no sampling check has been carried out with a rapid test at their workplaces or residences.

There are still no official data and numbers of registered land workers. According to the estimates of the municipal authority, the number of land workers currently living in Manolada is estimated at about 7,000 men. The vast majority of them are from Bangladesh, while among them are very few land workers of Pakistani and Egyptian origin.

Most of the land workers have no legal documents. As we have recorded in previous reports, a small percentage of them have received a certificate of “postponement of expulsion due to employment in the agricultural economy” (based on article 13A of Law 4251/2014), while few have a residence permit for humanitarian reasons due to the fire of 2018.

The living conditions in the two camps, which we visit regularly, are once again recorded as particularly difficult. In one camp the makeshift huts made of bamboo remain, steel and greenhouse plastic films in each one of which 10 to 20 people live together. To the lack of water supply network of this camp is added now the following: in the last month the land workers are unable to supply water even for the small plastic tanks. This has caused them a serious problem in their basic personal hygiene needs. Thus, as the land workers informed us, many are forced to go next to the few houses rented by other land workers to take a shower.

The other camp, which was created more recently, after the fire of 2018, counted until the visit in July 2020 14 accommodations, made of plywood. Now this camp has expanded around the perimeter and its interior has become more crowded, as the rudimentary accommodation has increased, having been set up new-ones with aluminum and nylon tin.

In both camps there is still no concern on the collection of garbage, which is collected in huge quantities inside the camps, and on the other hand the sewage from makeshift toilets 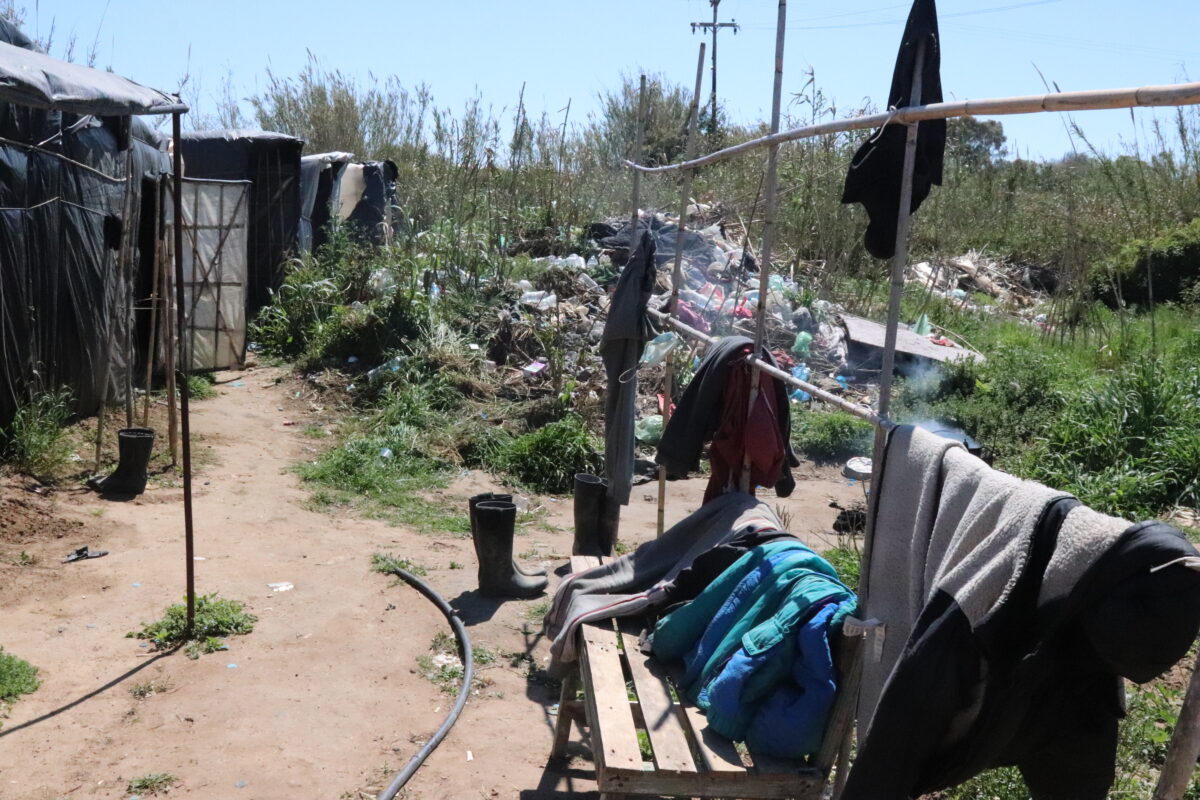 Garbage volume next to the huts | Generation 2.0 RED 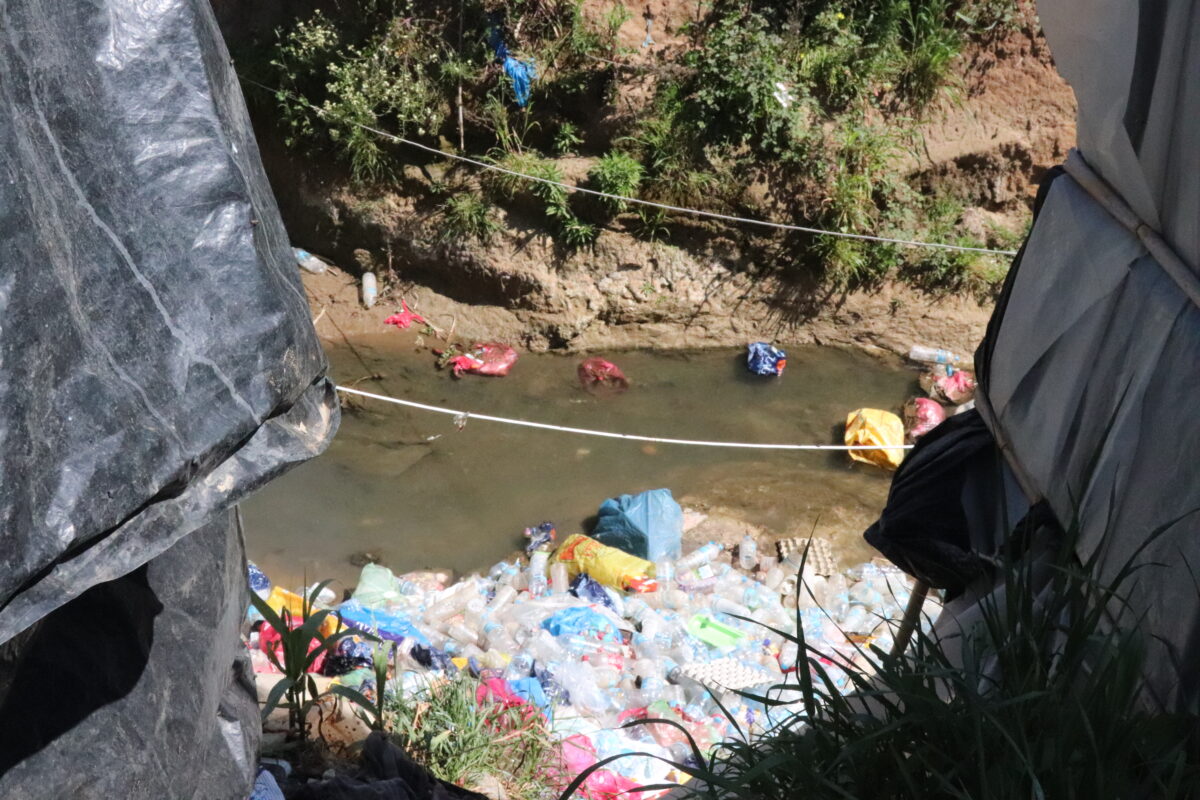 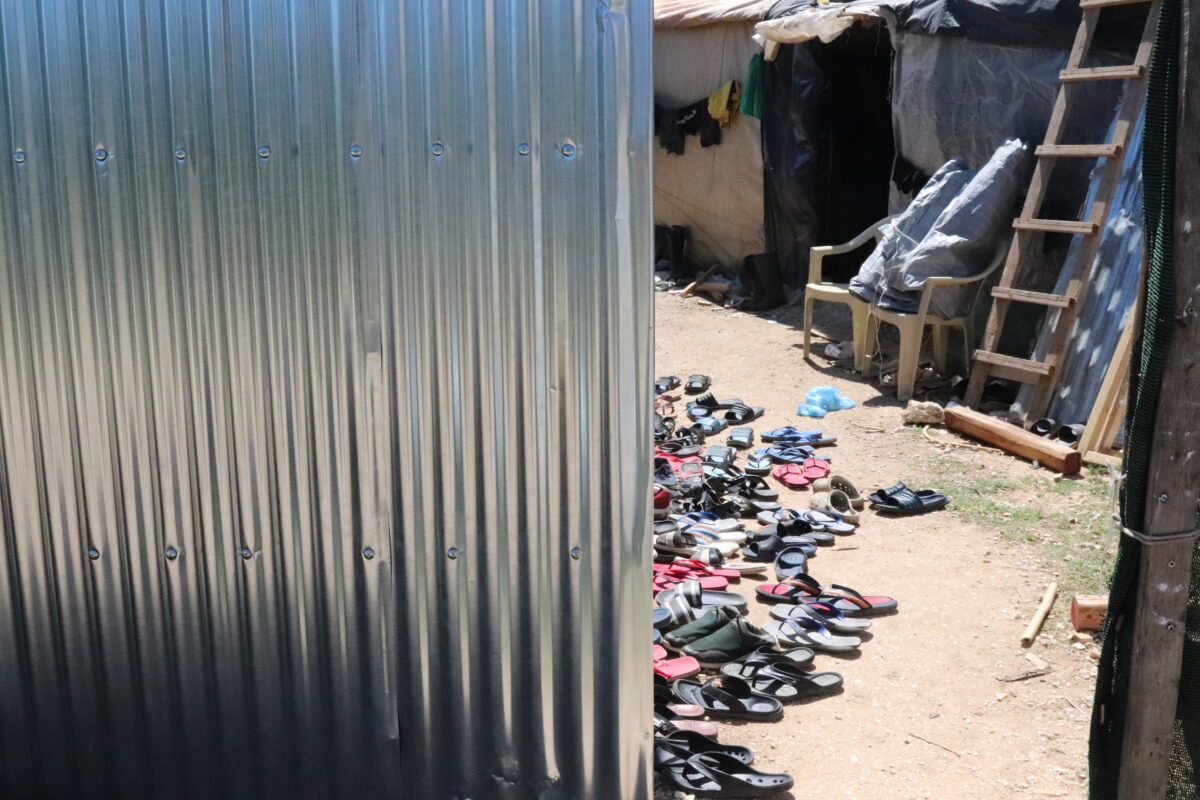 Outside the place of prayer | Generation 2.0 RED 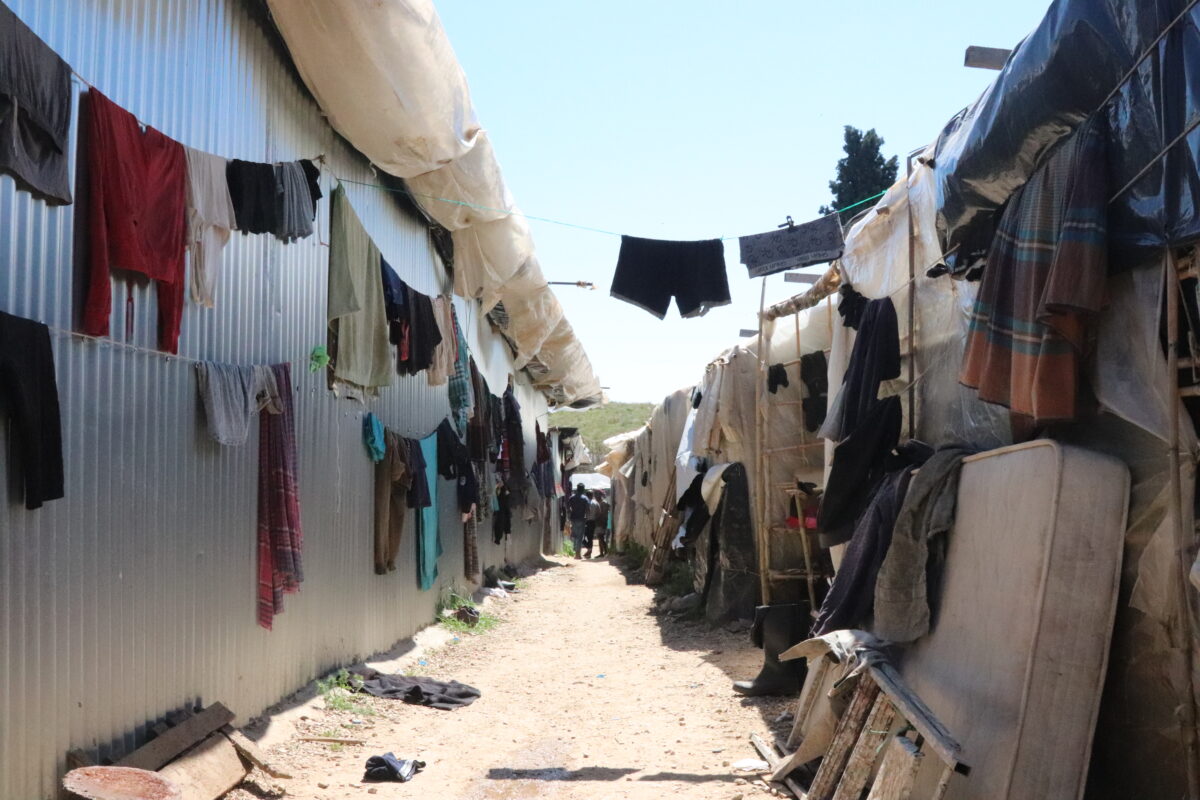 Inside the new camp | Generation 2.0 RED

Remains of one of the plastic tanks where they store water in the first camp | Generation 2.0 RED

Here you can find November’s report.