Report on the situation at Manolada | June 2019

Report on the situation at Manolada | June 2019

The fire that broke out on the 7th of June 2018 at a camp where land workers reside in Manolada, brought the issue of  thousands of migrant workers’ living and working conditions to the fore. An issue that had led to the ECHR judgement on labour trafficking and violation of Art.4 ECHR by Greece in 2013 (Chowdury and Others v. Greece). The competent authorities back then had hastened to promise to assist the fire victims and especially to regulate their legal status in Greece by granting them access to the labour market. In the analysis that follows, it becomes evident that such a promise has been never accomplished to a degree that could prevent from the recurrence of relative incidents in the future.

One year later, the number of the migrant land workers remains still high (4000-5000 according to their estimations) during the peak of the strawberry’s season, while a small rise in migrant populations from Pakistan and Afghanistan has been noticed.

Despite the damage that was occurred by the fire at the camp, one year later, the workers’ living conditions have not been improved but on the contrary, they have deteriorated since makeshift huts have been reconstructed on remains of fire, garbage and mud that had been never removed.

Since last June already the Ministry of labour, had committed to grant residence permits for humanitarian reasons, as a relieving measure, to the fire victims. According to the fire brigade’s findings, the number of the fire victims had come to 355 to whom the above permits were supposed to be granted without providing access to the labour market though. Up to date, it is estimated that about half of the beneficiaries are in the granting procedure. 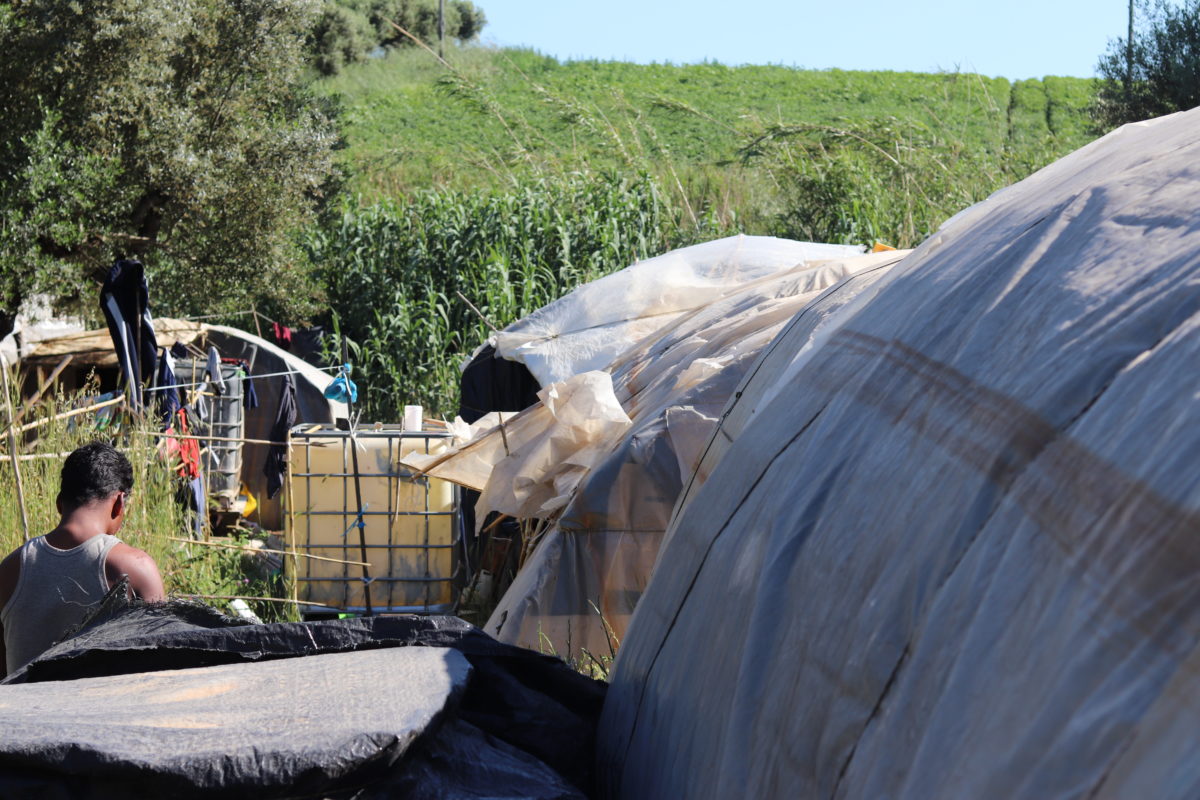 *All the photos were taken by Generation 2.0 RED team, during our last visit at the area

Here you can find the report of May