Undocumented children, children in danger. Until when…?

Undocumented children, children in danger. Until when…? 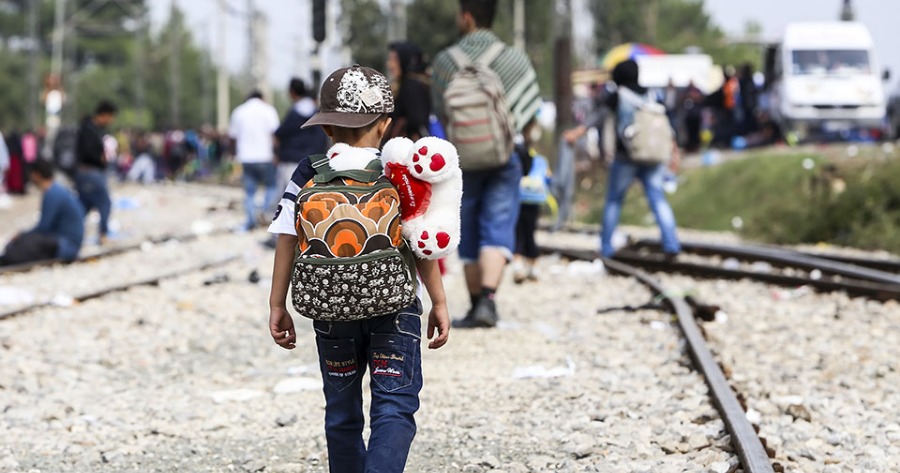 With the initiative of Arsis (Legal Support for Children / Legal Support Service for Minors), 44 Civil Society Organizations call for the granting of a special residence permit to unaccompanied children

The recent case of Saidou, a young refugee from Guinea, has starkly illustrated the problem of unaccompanied children who, despite being in the country under the care of the State, lack a long-term legal protection framework.

This case has shed light on the systemic lack of a protection regime that ensures unhindered access to all children’s rights such as housing, education, health, and equal treatment. The risk of unaccompanied children being deprived of their rights increases immediately after they reach adulthood, when the possibility of deportation from the country looms.
In Saidou’s case, after the intense mobilisation of the education community and wider society, a solution was found for his legal residence through the granting of asylum. However, other unaccompanied children are – and will be – in a similar legal limbo, either before or immediately after they reach adulthood. Recently, similar cases have come to light, such as those of Kouros in Mytilini, young Cissé in Samos, Salman in Athens, Hemin, Doaa and Rahma – brothers from Iraq – in Vyronas, and many others that may not be known.
Considering that this problem makes unaccompanied children vulnerable to violence and exploitation, civil society organisations call for the granting of a special residence permit to unaccompanied children, until at least the age of 21.
Since the increased arrivals of refugees in 2015, many children have been found in Greece, not accompanied by their parents or an adult who is legally responsible for their care. The Greek state, in accordance with both national legislation and international conventions, has the obligation and duty to ensure the best interest of unaccompanied children, by ensuring theirsafe accommodation, education and access to health care services.
With few exceptions, in Greece, the only way to ensure unaccompanied children’s protection is by providing them with legal documents through the granting of asylum. However, the majority of unaccompanied children’s asylum applications are rejected either in first or in second instance.
As a result, these children – even those in state accommodation by decision who attend public education and thus develop a certain degree of personal attachment to Greece – end up without the necessary legal documents.
Until very recently, this legal “gap” could (though rarely) be filled by granting a residence permit on humanitarian grounds. But even this option was difficult to implement and was abolished in 2020, exacerbating the problem.
The negative effects of this issue are visible not only in the daily lives of children and those who assist them, but also in society in general, as the framework for their protection and integration shrinks. The lack of legal documents makes it more difficult for children to access education, health care, employment and daily activities. The exclusion of unaccompanied children from society by the institutional framework itself, leads to their marginalisation.
We, the representatives of civil society organisations, bearing in mind both the extent of the challenge and the successful handling of the issue in other EU countries (as Italy has already done since 2017 and Spain since 2021), call on the Greek State to establish a special residence permit until the completion of the 21st year of age – along with the right to international protection – for unaccompanied children, including those who reach adulthood.
The granting of a special residence permit is necessary to ensure a minimum protection framework for the rights of unaccompanied children, in line both with recent announcements by many institutional actors and the policies set out in the National Strategy for the Protection of Unaccompanied Minors. In any case, these children constitute an important social capital for the country, as they participate in the education process and have developed links with society. The risk of their marginalisation and removal due to the lack of legal documents cancels out the above positive actions of the Greek State.
Taking positive action to ensure the best interests of every child is an obligation of the State. The example of Saidοu should be the norm and pave the way for the effective protection of all unaccompanied children, including those who reach adulthood during their stay in the country.
An online discussion on this specific issue will take place on Tuesday, 12 July 2022 at 3pm, which we invite you to attend.
Civil society organisations: