Skype: The first step to be recognized as an asylum seeker | Statistics & Observations 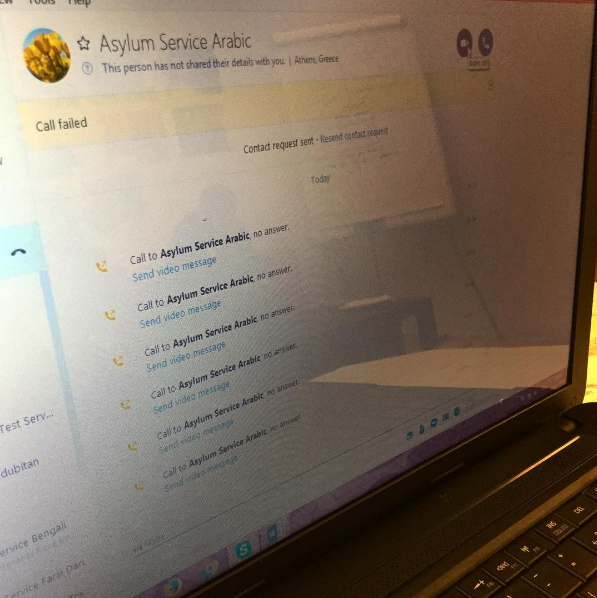 This report focuses on the Greek Asylum Service and, in particular, on Skype, which is the first step for a Third Country National (TCN) in Greece to be recognised as an asylum seeker. This report is based on the data collected by our organization, Generation 2.0 for Rights, Equality and Diversity, in 2016 and from January until April 2017.

As we will see, there are different problematic issues connected with this service, issues that change depending on the period but which are always present. One particular focus will be on the difference between the situation pre and post the EU-Turkey Deal, as well as on the 2017 situation.

First, we concentrate on explaining how exactly the system works, programmes included. Then, we focus on the general and the specific problems that TCNs have to face when trying to apply for international protection (which is actually a fundamental human right). The analysis of the data follows it, which shows that the only way of requiring international protection in Greece is not sufficient enough.