The Project Fryctoria is completed and leads the way for the Citizens of tomorrow!

The Project Fryctoria is completed and leads the way for the Citizens of tomorrow!

The residential Non-Governmental Organization “Antirropon”, with the association of UNESCO for the Culture of Peace, in cooperation with the Council of Europe and the participation of the Child’s advocate, in special meetings with teenagers, has accomplished the project “Fryktoria: Opening the road to tomorrow’s citizens” since April 2015. 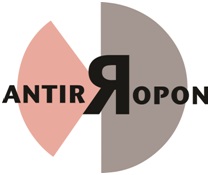 Basic goal of this project was that, the teens who come from different cultural groups will learn about their political rights through experimental workshops, according to the UN’s Convention about the child’s rights (1989). After the workshops were completed, the students from 17 schools in west Attica and the west domain of Attica concluded in a request for each school, which was about the improvement of the conditions of the everyday life in schools. Afterwards, a voting was conducted between schools through the electronic platform for the predominant request.

With great pleasure the announcement was made that the voting has come to an end with the participation of all the schools! The process showed to be very beneficial, as there was a clear 1st and 2nd request, while there was a tie between the 3rd and 4th place. The first two requests will be carried forward to the regional Council of Attica.

At this point we would like to congratulate all the schools for their participation to the requests and the voting procedure, to applaud the students for their acting and the ideas they offered within the “Fryktoria Project”. In the end, we thank the teachers for their help in the different phases of the project.

The project is funded by Iceland, Lichtenstein, Norway within he Program “We are all citizens”, which is part of the complete Fundraising mechanism of the EOX for Greece, known as EEA Grants. Manager of the subsidy for this Program is the “Bodossaki” institution. Aim of this program is the empowerment of the civil society in our country and the enhancement of the social justice, democracy and sustainable development.