Life in the hotspots, a Waiting for Godot life

Life in the hotspots, a Waiting for Godot life 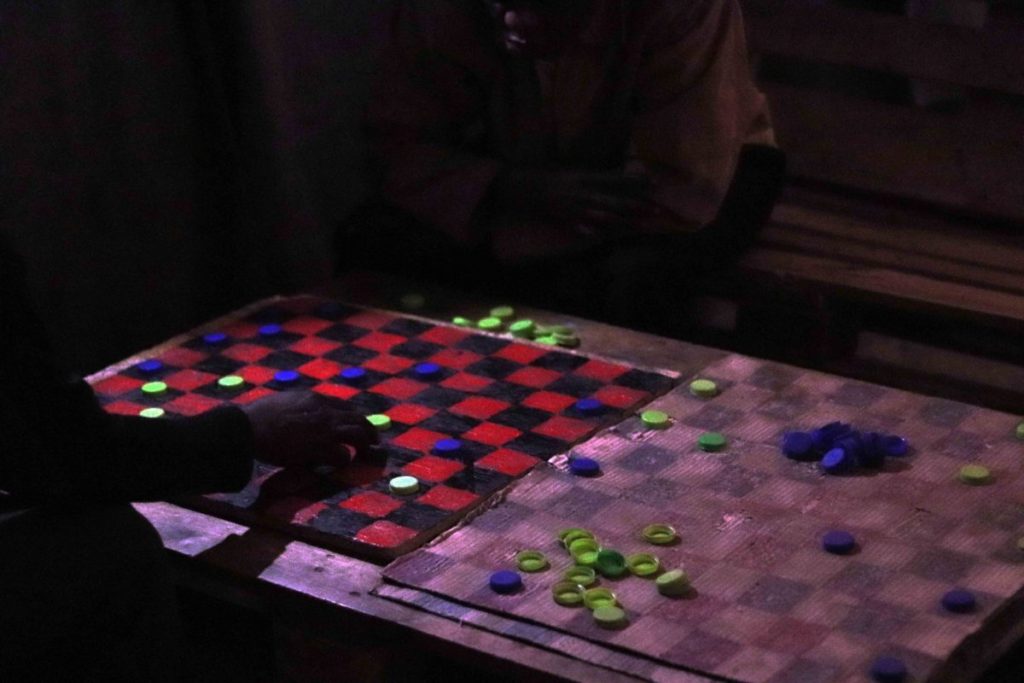 I looked around. Scattered between the bushes, which were dry because of the very warm weather, some tents proved the presence of people living there. It took me some time before getting closer. I felt as if I was going to someone’s house, uninvited.
I took a deep breath; then I decided to go and reach Nikos, who had in the meantime disappeared among the bushes.

From the road a happy melody seemed to invite us to enjoy the moment; voices were singing in tune, hands were clapping in rhythm. Getting closer, smiling people were dancing: it was time to pray for the community.
If I had closed my eyes and stopped looking around, at all the wire fences, all the tents, all the rubbish, I could have almost forgotten, for a moment, that I was outside one of the hotspots in the Aegean islands.

When I reached the tents, some guys were trying to protect themselves from the sun, searching for a place to sit under the shadow. Hundreds of plastic bottles were abandoned on the floor. We started to introduce each other.

When the guys were talking about the living conditions in the hotspots, I had a really weird feeling. While the time was passing, while we were listening, this feeling became stronger and stronger. Since their arrival in the islands- some arrived months ago, while others have been staying there for over a year- their expectations and hopes were shattered by the living conditions. And, especially, by the waiting. The incertitude and the waiting.

Astonished, I felt I was on stage while a modern version of “Waiting for Godot” by Samuel Beckett was being played. It was scary: it was not a piece, it was not a metaphor; it was the tough reality that these persons, who had already suffered too much in their lives, were obliged to accept.

Vladimir: Sometimes I feel it coming all the same. Then I go all queer. How shall I say? Relieve and at the same time… appalled. APPALLED. Nothing to be done. Well?

“We are worried about our future. There is nothing here, we can only wait.”*

Vladimir: All the same… That tree… That bog…
Estragon: You’re sure it was this evening?
Vladimir: What?
Estragon: That we were to wait.

“We live every day the same routine: we wake up, we take bread, we eat, we always stay in the same place. It is everything we do.”*

Incertitude, waiting for something that never arrives, the impossibility to have the chance to be the masters of their own lives: are Mohammad and Alì the modern names of Estragon and Vladimir?

*Real quotes by the Asylum Seekers we met and spoke with during our visit in the hotspots of the Aegean islands.
Read the report: From Lesvos to Samos: Asylum Seekers speak out