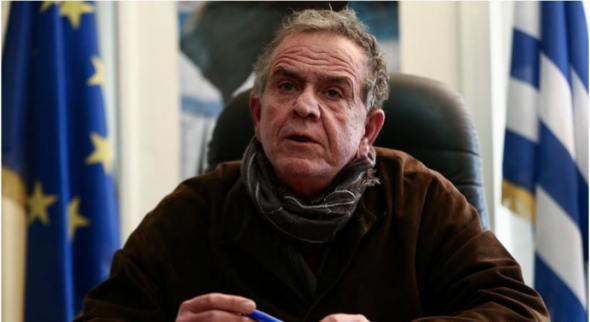 This week the draft law is being discussed titled “Additional measures for the implementation of the Regulation (EU, EURATOM) 1141/2014 regarding European political parties and foundations, the acceleration measures for the governmental work  of the Ministry of Interior and other provisions”.

We have been waiting for this draft for a long time, since it settles administrative matters that have arisen regarding the Citizenship Directorate.

On 21.02.2017, an amendment was filed for the compensation of natural and legal entities of the Municipality of Moria, Lesvos, for damages on their property “by refugees or migrants’ acts” in the year 2015. Lesvos was selected because the island received 56% of the migrant flows, while in the report of the General Accounts Office, it seems that this amount reaches 170.000€.

This amount, however, will be funded -as the explanatory memorandum clearly states- by the “revenue of entry fees for granting and renewing of third country residents’ residence permits”!

The law (4018/2011) states that the revenue from the fees for residence permits will be allocated to technical equipment, operating expenses and actions of social integration of immigrants. However, since the enactment of 4332/2015, a logic has begun developing about financing the refugee issue from the fees for residence permits. Specifically, it is stated that “these funds can be made available to meet any expenditure necessary for temporary shelter, food, to cover immediate healthcare needs, to ensure basic necessities and the transfer of these people from one area to another within the Greek Territory“. However, in this case, we are not talking about financing housing, food, etc., but to compensate the local population.

It is made clear by this point that there is a practical burden emerging: while the fees from 150 to even 900 euros which are being paid by citizens of third countries (apart from the taxes they pay as any other citizen) could be made available to support the services processing their applications, with this decision they finance an unrelated service of the state. In this way, they perpetuate any problems existing in the Immigration Directorate instead of solving them by staffing, equipment, etc.

Besides, the explanatory memorandum states also that this option is part of the solidarity of social groups, while at the same time helps to restore injustice and secure social peace!

We wonder which injustice is restored and which one is created.

Practically, what we are reading is that immigrant men and women who have been staying here for years and pay one fee after the other because -possibly- the naturalization process takes over a decade to be completed, they are the ones required to restore the injustice, not the state mechanisms which could not ensure decent reception conditions in the islands. And of course, the social peace will only be secured if the ones to pay are third country nationals with -any kind of- a long-term resident status.