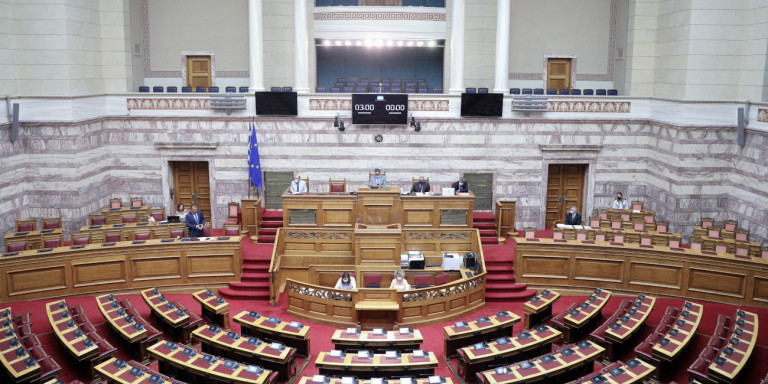 On October 12, 2020, the new law 4735/2020 of the Ministry of Interior was published in the Government Gazette, which contains among others, provisions for the amendment of the Greek Citizenship Code. The Ministry introduced this system of naturalization, expressing the need for transparency, speed and efficiency. But the final provisions actually pose serious obstacles and restrictions on the acquisition of Greek citizenship.

Regarding the standard conditions of naturalization and the verification of applicant’s financial integration, the requirement of having a minimum annual income of an at least unskilled worker, in order to prove the financial integration into Greek society, was finally abolished. This criterion, which was introduced in the initial text of the bill, was removed with a legislative improvement of the Minister of Interior – following  the strong public criticism from Generation 2.0 RED and other bodies of the civil society, as well as the opposition parties – and was replaced by the following wording: “By decision of the Minister of Interior are determined the specific elements that constitute a presumption for the economic and social integration of the applicant for the specific period of time.” While the provision of income criteria was not finally included in the criteria of economic integration, the existence of stable work in the country remained, that is a particularly strict condition for the Greek standards which will exclude unemployed and undeclared workers from access to Greek citizenship.

In the naturalization procedure, the required exam fee for the written test was finally reduced to 150 euros from 250 euros, while the success score was set at 70% out of correct answers instead of 80% that was initially provided. Despite these reductions, we believe that the essence of the problem remains, as both the increase of the already high overall cost (from 550 euros that is today will rise to 700 euros with the exam fee) and the increased level of success are maintained. These two parameters on the one hand are very likely to act as a deterrent for those eligible to apply for naturalization and on the other hand will reduce the chances of success of those who eventually try.

Regarding persons who are exempted from participating in the written examination, the initial wording of the provision which excluded those who attended high school in the country was corrected, by now including all those who have successfully attended either junior high school or high school following the compulsory Greek education program. As regards the special category of applicants who are exempted from the written examination due to their age and are examined orally before a Special Three-member Committee, there was also a legislative improvement which reduced the age limit from 67 to 62 years, but leaving it increased compared  to the previous law that provided 55 years.

Another crucial change is the abolition of the possibility of submitting objections to the Citizenship Council in case of rejection of the naturalization application. In other words, the stage of administrative appeal is abolished and it is provided instead that the decision is only appealed in administrative courts. This decision indicates the general tendency to tighten the citizenship process because in practice it makes it more expensive, time consuming and complicated for those concerned.

Lastly, according to the transitional provisions, the changes in the naturalization procedure will come into effect from April 1, 2021. Applications which were submitted under the previous (and current) system but won’t be examined by March 31, 2021 by the naturalization committees, will be examined under the new procedure. In this transition, nothing is provided except that those who applied for naturalization under the previous law are not obliged to pay the exam fee at the first time of their examination. That means that there will be people who applied under one system and will be examined under another, without providing any specific criteria and details on how this transition will take place. Also, there does not seem to be any other selection criterion among the pending applications that will be examined with the old system and those that will be examined with the new system, apart from “First come, first served“! Such a change in the process of pending applications will cause confusion in the administration, inconvenience to applicants and different treatment between them.

Finally, even after the legislative improvements, it remains to be seen whether Law 4735/2020 will bring transparency, speed and efficiency. At first reading, what we see is that it is institutionalizing a system of naturalization, which remains expensive and anchored in complex bureaucratic procedures. And mostly, it refuses to take into account the real integration of people who have lived in the country for years, ensuring a fair process of acquiring citizenship.