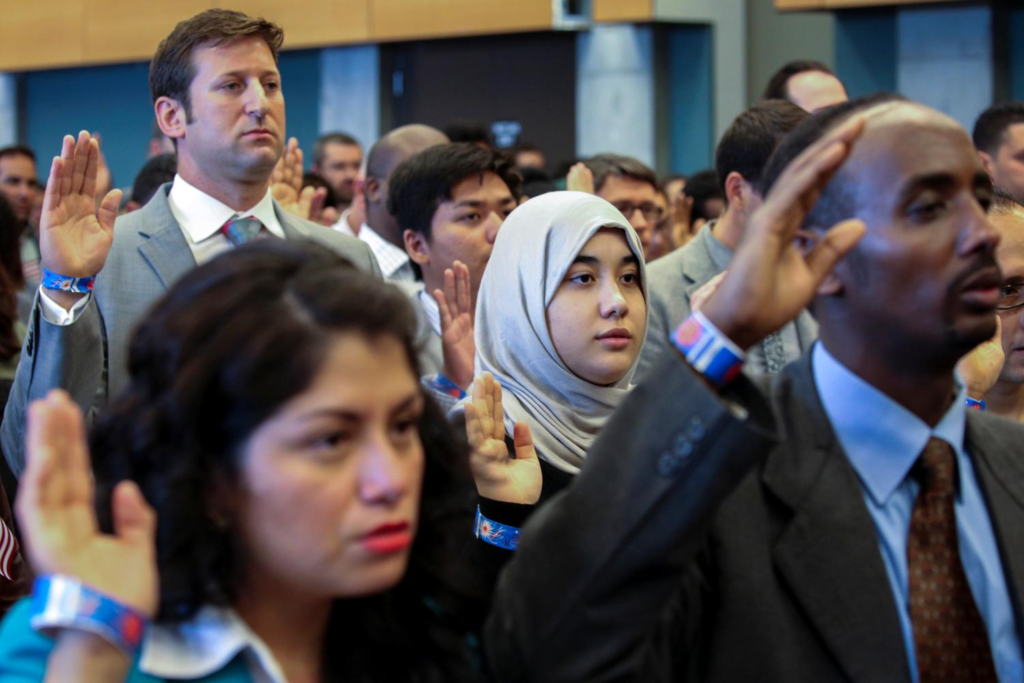 Last week, the internet was flooded with duplications of an article published by capital.gr, leading up to the April 14th front page cover of Parapolitics. These articles, fueled with inaccuracies and leaps of logic, highlighted a supposed mass “Greekization” of migrants.

It is common knowledge that in Greece every public debate on citizenship will trigger myths and will cultivate fear or hope, depending on how one sees it. Therefore, it was expected that this would result in the publication of articles intended on distorting the public opinion and spreading hate speech.

In the following article, we highlight the most crucial lies that have been spread, bearing in mind the right of the citizens concerned to be properly informed.

We would like to point out that the term “Greekization” should be used to rename the origin of food and should not be used to describe or characterize citizens.

What was written: With the new provisions, if a migrant has seven years of permanent residence in the country and has received successive residence permits, he will be able to apply for citizenship.

Facts: As of 2010 – when the law 3838 came into force – third country nationals who have seven consecutive years of legal residence in Greece and are holders of one of the specific residence permits which indicate an increased level of integration into Greek society, can apply for citizenship. The recent provisions of the Ministry of the Interior granted access to the naturalization process to two additional categories of residence permits: the ten-year residence permit and the investor’s residence permit. In essence, what was given was the opportunity to enter into a process that requires several years of waiting and individualized examinations.

What was written: With the new provisions, any migrant residing in Greece for 12 years will have the right to citizenship.
Facts: According to the new provisions, those who have other types of residence permits (e.g. working permit or family reunification) but have twelve years of consecutive legal residence in the country can also apply for citizenship. Prior to these new provisions, migrants still had this right based on the transitional provisions of the previous law 3838. However, up until now they had to prove legal stay since 2005.

** Noted here that prior to 2010, the law 3284/2004 foresaw 10 years of legal residence as a prerequisite for naturalization irrespective of the type of residence permit.

What was written: The acquisition of Greek citizenship is being reduced to an electronic test of 300 questions.
Facts: Acquiring Greek citizenship heavily depends on an individual judgement of whether the integration of the applicant into Greek society is substantial. Until now, this process involves interviews which lack a uniform structure.

The Ministry of the Interior has announced a uniform system of 300 questions, out of which 30 questions with different levels of difficulty (from very easy to very difficult) are selected, of which the applicant will be asked to respond correctly to 20. The design of this system appears to ensure that the interviews remain impartial and credible. It does not appear to leave room for a more or less favorable decision at the discretion of the naturalization committees.

What was written: With the changes in the naturalization process, hundreds of thousands of foreigners will immediately enter the electoral rolls.
Facts: All Greek citizens have the right to vote and to stand as a candidate, irrespective of the way in which they acquire Greek citizenship. A person applying for citizenship today, having already legally lived in Greece for several years, acquires the Greek ID – on average – after 4 to 5 years. Therefore, a person applying today will only just make the second to next elections, i.e. the elections of 2023.

What was written: The fee for the acquisition of Greek citizenship will be drastically reduced.
Facts: Third-country nationals pay fees to the Greek state for each day of legal residence in Greece. These fees – theoretically – finance the immigration services handling their affairs. The same applies for the citizenship sector. Since 2010, the fee for the naturalization application is EUR 700, with some exceptions (refugees, EU citizens, etc. who pay EUR 100). To date, no reduction has been announced.

+1 Myth: The Ministry of the Interior, with an over simplification of procedures, will give Greek citizenship to 850,000 immigrants, refugees and asylum seekers.

It is a known habit of political games and the games of the opposition being played on the back of migrants. During election season, the easiest and at the same time more coward option is that of attacking the most vulnerable part of the population, which is not expected to have a voice to respond. The articles of the past few days aimed to steer public opinion against the “unknown other”, one which is trying to distort and contaminate Greek society. In an attempt to reinforce this rhetoric, Eurostat’s data regarding a large increase in Greek citizenships being granted between 2015 and 2016 was mentioned. What they failed to mention was that this specific increase was due to the implementation of the law 4332 pass in 2015 for the second generation of immigrants, meaning for the children born and raised in Greece. They also “forgot” to mention that comparatively speaking, Greece remains at a low level in terms of citizenships being granted in relation to other EU countries, even after the reforms of legislations in 2010 and 2015.

The process of acquiring Greek citizenship is not becoming easy or simple. It is entering a course of rationality and transparency as should already be the case for an EU Member State adapting to modern needs. Many improvements are still needed in order for this process to stop being one of the most heart-wrenching ordeals faced by migrants in Greece.

We would like to remind journalists that they ought to not forget their responsibility towards the whole community and ought to cross check their sources. Especially when it comes to covering an issue as delicate and complex as migration.

The political contribution of the people living and contributing to a state for decades is an indicator of cohesion and democracy. Any attempt to downplay this participation is dangerous.

It is time for the matter of citizenship to be a welcoming process within the fabric of Greek society and not another mechanism reminding us that migrants remain undesirable, no matter how many years they have invested in the country.

Find the Press Release on a PDF document here.