Young People and Hate Speech? We should blame everyone else but them

Young People and Hate Speech? We should blame everyone else but them 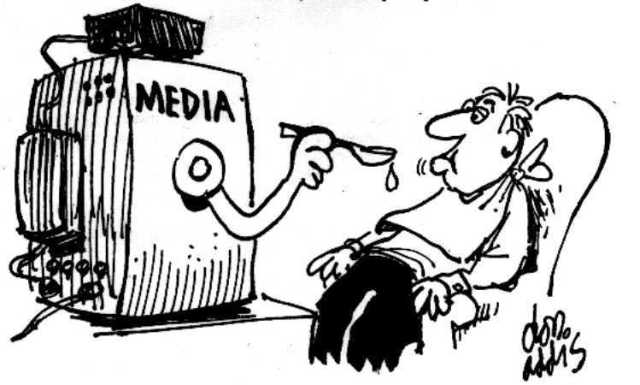 …And in Lifo we read “1st, LOL”. Where does this LOL come from? We can only feel sadness can we feel about what we just watched and it should be published, not for targeting this guy as a racist – we are sure that he expressed himself in that way due to ignorance – neither for the “irony” of this incident, but to show how wrong and problematic is the media speech in Greece on such sensitive topics and how media “educates” society and citizens on using wrong terminology for topics that directly relate to them.

A couple of thoughts then:

Firstly. A typical principle of Communication Specialists is that the one who imposes the terminology and the words used in a conversation is the one who controls the conversation. The use of the phrase “irregular migrant” in the political and media discussion in Greece, a word that belongs in the far right politics’ vocabulary, is an evidence of how controlled and permeated is the public discussion with far right and racist feelings. Thus, for as long it is used recklessly, feelings of racism will be created and nourished subconsciously in our society.

Secondly. Does it really shock you listening to those words by an eighteen-year old boy born and raised in Greece, and you are not shocked by what you are listening in the Parliament or by discrete journalists on Greek TV? Think about it again.

The guy just used the usual TV language and unfortunately he is not the only who, due to ignorance – and responsible for that ignorance is the Greek society and the mass media – expressed himself in a wrong way. He used with a dash the words “irregular migrant -migrant – refugee” because that is exactly the way these are used by journalists and politicians. As alternatives to the same thing, or even as identical meanings, a practice with disastrous results in depicting people who belong to one or another category and consequently with disastrous results in their social integration and acceptance.

When politicians and journalists “mistake” migrants for refugees and use nowadays the term “irregular migrant”, we will unfortunately go on witnessing such incidents. The way we talk on a topic expresses and is directly related to how we perceive it and face it. If young people in our society, like the young man of the video, express themselves wrongly, we should blame everyone else but them.