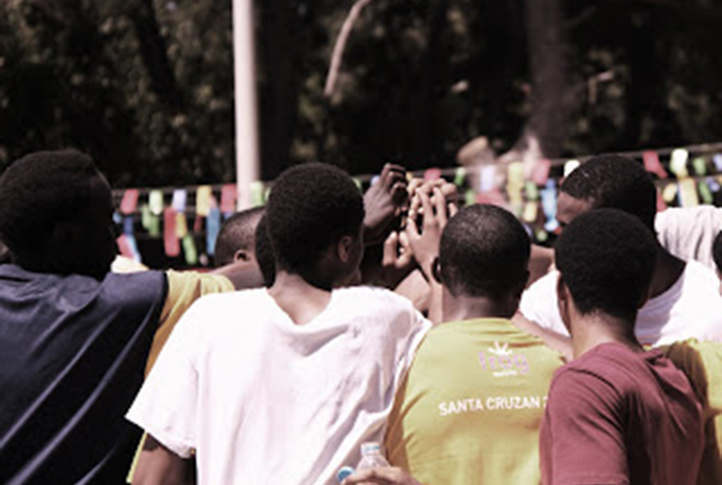 In April 2013, the National Strategy for the integration of third-country citizens, which replaced the National Strategy of 2011, was published in the Ministry of Interior. Comparing the two strategies someone can easily understand the complete different perspective on the meaning of integration in an institutional level. “Integration is a dynamic, a two-way process of mutual adaptation of both immigrants and citizens of the Member States”. The meaning of integration, given by the common basic principle 1 of the EU, is adopted by the National Strategy of 2011, emphasizing the meaning of “the security regime of legal migrants who decide to stay, participate in public life through the right to vote and be voted, to do the naturalization interview and acquire Greek citizenship for the ‘second generation’.”

On the contrary, the national strategy of 2013 defines integration “as a situation where different national groups maintain their diversity and the limits of the group they belong, but at the same time they participate equally with the natives in basic procedures of production and distribution of goods, services and administration.”

Integration is a procedure where the role of the state is vital. The basic pillars of integration are the access in the job market and the access in education, with the basic goal of learning the Greek language. Unfortunately, the “renewed” National Strategy of 2013 for the integration of third-country citizens does not follow that rationale. Without structures that would support foreigners to learn the Greek language, the state considers the language necessary for acquiring the long-term residence permit and the Greek citizenship as well. Furthermore, the access in the job market is limited not only for immigrants, but for their children as well. Children who have completed their education in Greek schools and Universities, but cannot be integrated equally with their peers, since Greek citizenship is a prerequisite for most jobs.

So, how can we talk about integration, when acquiring and keeping the residence permit is problematic for the first generation, when there are no structures for support and the very access to rights and the job market is limited? How can we talk about integration for the immigrants’ children who were born and raised in Greece since they are treated as “lesser” citizens by their own country? As we speak, there is no access in citizenship, since specific provisions of the Law 3838 were considered unconstitutional.

Unfortunately, when the government views migrants’ children, who were born and raised in Greece, as immigrants and “others”, it is not difficult for someone to understand the way this country sees their parents and immigrants in general. This rationale does not promote integration. On the contrary, it increases social exclusion, xenophobia and stigmatization, creating social inequalities and putting social cohesion at risk. No society ever profited from denying parts of its population to access their rights. The national strategy of 2013 has an opposite logic compared to that of 2011, which clearly shows its social conservatism. This makes us wonder how the country perceives words like “integration”, “rights”, “citizen”, “loyalty”, “citizenship”, etc. The integration of immigrants in Greek society, except from its structural side, it also has its socio-cultural aspect. However, the socio-cultural integration cannot exist before the structural, as the former Minister of Interior, Mr. Athanassiu, has claimed many times by adopting the idea of “citizenship as a reward”. Socio-cultural integration must keep up with the structural one if we want the integration of migrants and their children to be smooth and successful.

Integration is a long-term, continuous and dynamic procedure, which cannot be accomplished quickly. The state should have a stable and continuous National Strategy for integration, which will not change every time the Ministry or the Government changes. There is need for structure, right legislation which will be applied, less bureaucracy and more transparency. Immigrants and their children are a source of wealth for Greece and the faster the State considers them as allies and not as enemies, the better for the Greek society.