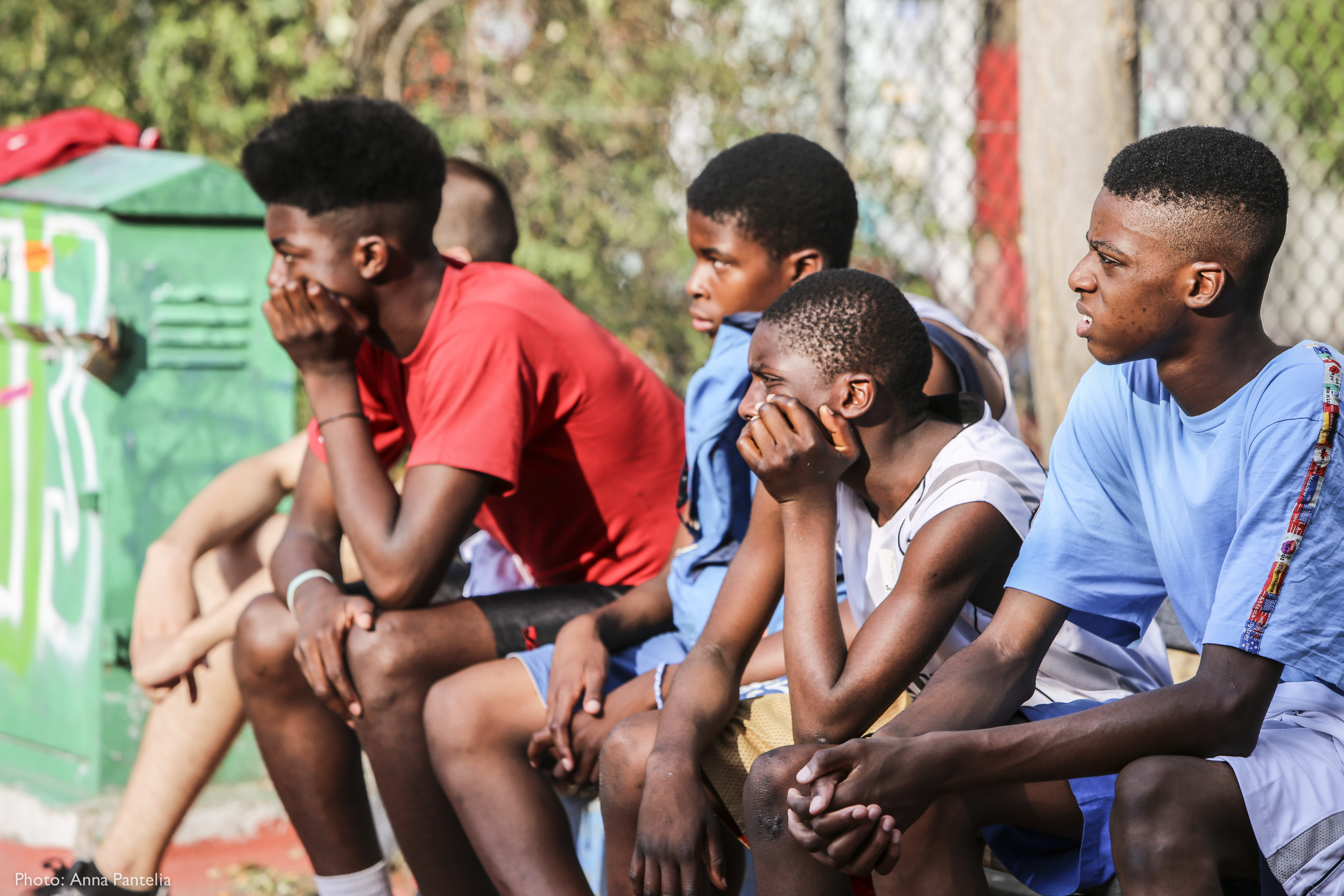 In 2007, I visited Vietnam, accompanying my beloved friend Tuyet-Bang. We had been close for a long time and she invited me to join her on her annual visit to her family, which included her grandma and many aunts, uncles, nieces and nephews. It was a unique chance to discover Vietnam in such an intimate sphere of this hospitable family. Seeing Tuyet-Bang moving incredibly flexible in this completely different context than “our culture”- whatever that might be, I admired her deeply. But, as to my other friends with roots abroad (Azereng – Iran, Imed/Brahim – Marocco, Hassan – Sudan), I also felt some sort of jealousy towards her bilingual and bicultural upbringing. Inevitable, this “natural” acquaintance with a world so different from ours, will make you a person that is capable of imagining and respecting something different more easily, I thought. Moreover, mastering such a different language as Arabic, Perzic or Vietnamese fluently, is simply something that an anthropologist in spé feels jealous about.

This idealized picture allowed me to feel jealous: I was too young to critically reflect upon the difficulties that comes with being a second generation migrant. After numerous conversations with Tuyet-Bang however, I gained a deeper understanding of these complexities. Dealing with cultural demands that are distinct from those of your surroundings, identity questions and coping with the high expectations of your parents who came here to give you a better life, just to mention a view. My previous jealously was slowly replaced by feelings of respect and pride.

In the Netherlands, second generation migrants from many different countries are present: Suriname, Indonesia, the Caribbean Islands, Morocco, Turkey, Vietnam and more recently Iran, Afghanistan and Somalia. Although the legal position of their parents can be of influence, most of these second generation migrants (who are thus born in the Netherlands) hold an officially acknowledged status. All my previously mentioned friends have Dutch passports and some of them another of their country of origin. In other words: their “legal basics” are more or less okay. They are not restricted in freedom of movement, voting possibilities, study or job opportunities.

Unfortunately, in the Netherlands exists a heated debate about integration and their “undesired biased loyalty” which openly and painfully poses questions about their rights and “degree of Dutchness”. But at least their legal status acknowledges their rights and existence, and creates a possibility to deploy themselves as any other youngster in the Netherlands. They can go to universities, become a mayor, participate in elections and through this, become embedded in Dutch society as any other youngster. It is not my purpose to depreciate the social stigmas that rest on certain second generation migrants in the Netherlands, neither to neglect the difficulties that may exist on a personal or psychological level for them. Nevertheless, since my arrival in Athens a couple of weeks ago, I started to realize that the situation of second generation migrants here is radically different from that of their companions in the Netherlands.

The most striking difference is their legal status. Procedures to gain citizenship in Greece appear incredibly complex, tedious and insecure to me. I do not believe that everything comes with a “legal status”; legal acceptance does not guarantee social or cultural acceptance. But what I do believe is that a legal status can facilitate a normal life for second generation migrants, something that should be inherently coming from the fact that these youngsters are born and raised here. It is unbelievable what practical barriers they have to face only because they are denied papers. If all this – being a full member of a political party, Greek soccer team in the higher divisions, voting, job opportunities – comes with papers, then why are we allowing this to be decided by such an arbitrary and irreversible fact such as “where were your parents born?”

I see this structural rejection of second generation migrants as one of the most crucial mistakes that the Greek government could have possibly made: Greece desperately needs young people who can help to overcome the crisis economically, but even more ethically. Young people are resilient and strong. Strange enough, even the economically oriented Trojka does not seem to see the enormous waste of potential. Suggesting that they “Do not want to interfere in internal affairs” European politicians easily turn their faces away from the problems. Although there has never been a more profound external interference within EU history than during the recent crisis in Greece, they consider this a well-funded argument to explain their silence.

As my boyfriend is studying law, I frequently visit him in the Law Library, which is always full of fanatic Afghan and Iranian (mostly female) students. The Somali children I teach pursue the same dreams as any other child, to become a football player, a ballerina, a teacher or a fireman. I cannot make sense of what could be the use of restricting them in any way. I think because there is none. These youngsters have the potential to enrich our societies, there is no doubt about that. If we would agree upon a common human ground from which we could approach every young person in our society, it is quite simple: give them the same opportunities we want for our own children. Although this might still seem to be far away in Greece, I am optimistic: progressiveness was pushed by youngsters before. The passionate people I met here in Greece, make me confident about what they will be able to achieve. A bit of an assistance from “above” could be helpful though: European politicians should ask themselves what they would like for their own children in terms of possibilities and be encouraged to think one step further – what about the second generation migrants?