On the occasion of the passing bill on Citizenship, on June 24, 2015, anti-racist organizations and migrant communities organized a concert under the slogan “We Celebrate – We Claim: Citizenship for All Kids!”. 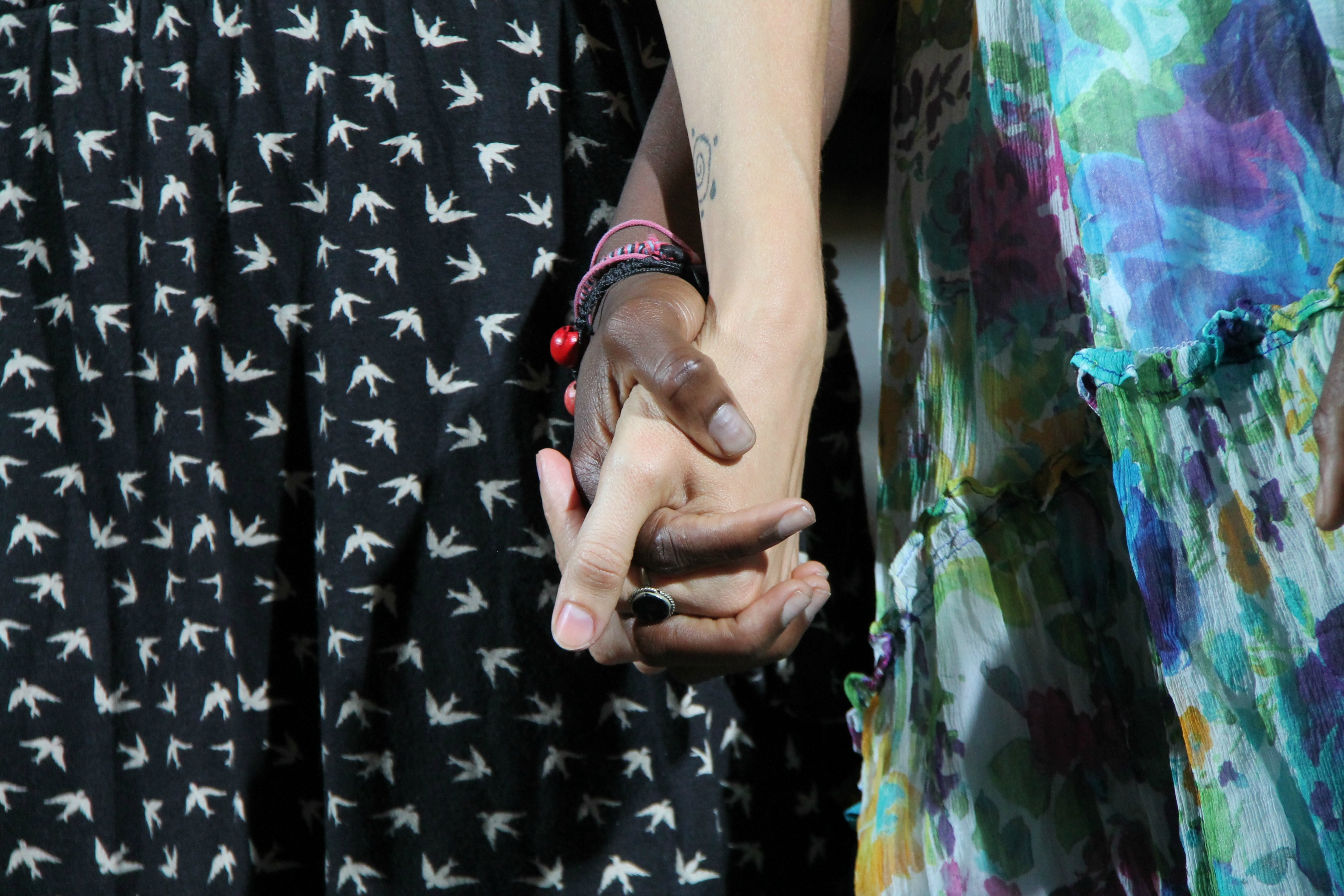 With the forthcoming, at the time, passing of the bill on Citizenship, tens of thousands of children were soon to be recognized as citizens of the country where they were born, raised and made plans about their lives. Two years after the Council of State cancelled the law 3838/2010, exceeding its responsibilities, the bill was a victory for the anti-racist movement and a defeat for those racist and bigot cycles that fought the last bill. It was an atonement, especially, for the children who are incorrectly called “second generation immigrants”, when in fact they are Greek Citizens.

Even though the right of those kids to Citizenship wasn’t so obvious, the bill that was about to come to a vote did not cover everyone’s needs – because the acquisition of citizenship for the children who were born and/or raised in the country depends on the residence status of their parents and their performance in school. In a country where educational and social inequalities are getting bigger, given the fact that recent governments chose to leave behind hundreds of thousands of immigrants who live and work here, the deprivation of citizenship for their children extend an injustice, based on the desire to avoid a new hit by the Council of State.

The forthcoming voting of the new law on citizenship was a reason to celebrate. The fact that many children would still not be recognized as Greek citizens even after its passing, was a reason to continue fighting for citizenship for all children. For these reasons, on June 24, 2015, anti-racist organizations, organizations for human rights and immigrant communities invited everyone to a concert of celebration and claim at the Syntagma Square. 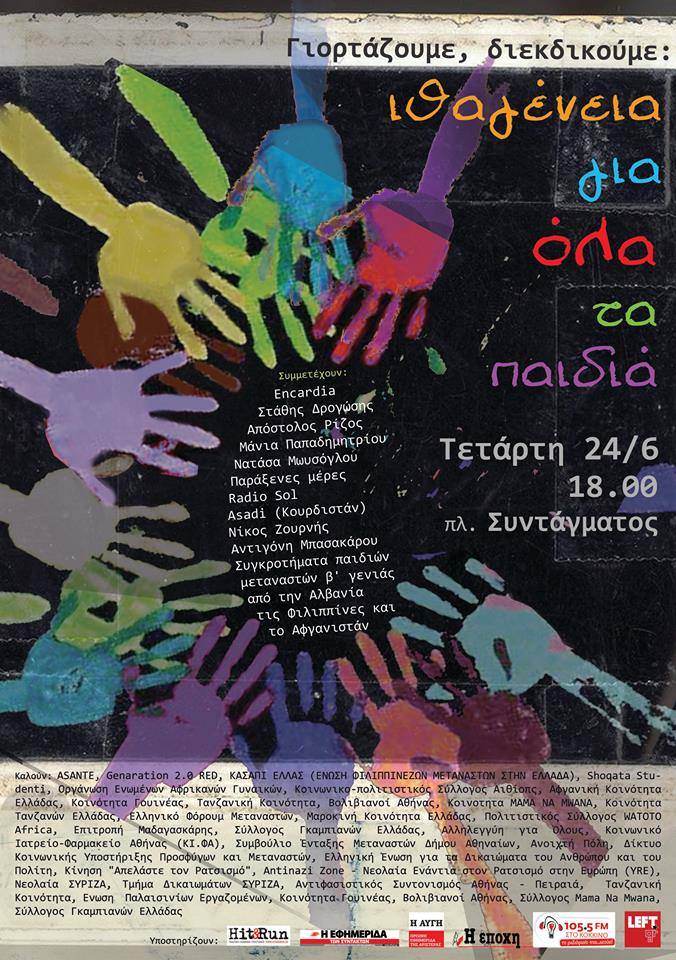 View photos from that day here
Find the event here