Through other people’s opinions

Through other people’s opinions 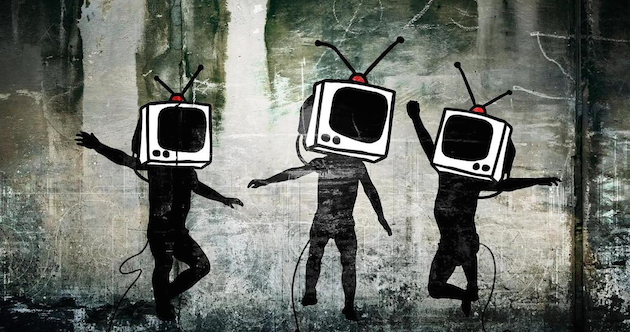 An article by Natalia Sotiropoulos

Each and every one of us shapes his/her opinion based on his/her experiences, on what he/she saw, heard or read. What happens, though, when you haven’t seen, heard or read something? What happens when it comes to shaping an opinion on an issue that is currently happening? This is when the Media invade into our lives.

Especially on intriguing topics concerning our society, such as the refugee crisis and the immigration issue, Media in Greece have been anything but objective – and they still continue to be so. In accordance with their political orientation, Media present the people and the events of the refugee crisis differently. People are referred to as “refugees”, elsewhere as “immigrants” or as “illegal immigrants”. Sometimes we see them presented as main characters of a tragedy, sometimes as a “national problem” and sometimes as “danger”.

The difference in the vocabulary that is being used in each newspaper becomes obvious when someone compares the words on the spot. For example, we read in the newspaper Kathimerini the title “Huge cost for accommodating refugees” and on the same day in the newspaper Efimerida ton Sintakton we read the title “Refugees brings us…closer”. Both titles are from 23/9/2015. Another example from 26/9/2015: In Kathimerini there is the title “They immigrate with the official absence of the state” while in Efimerida ton Sintakton there is a title “We are all refugees”. For matters as important and serious as these, we have the obligation to pay attention in the words we use, because these words have meanings that illustrate the evolving situations, either positively or negatively. And from the titles above, one can easily come to a conclusion…

The rhetoric of the Media is the reason why many people strongly believe refugees and immigrants are a national problem, a threat to our economy and are considered to be dangerous. Media do not mention what was the cause for which these people are coming in Greece. No attention is given on the war for which they fled, about what they left behind, their home, their loved ones. The only attention given is on the “harm” of the economy, the tourism and the civilization!

As for the immigrants, in the Greek Media perspective, they are referred to as “illegal” and most of them are considered to be criminals. Almost no one talks about those who legally reside in Greece, people who are raising their families here, who work and pay their taxes, who were born and raised in the same streets with us, who were our friends in high school.

But why now this topic? Because suddenly, the refugee crisis and the immigration issue are not a hot topic anymore. Even though we have new arrivals in Greece every day and there are ongoing wars in so many places, even though we are still witnessing deaths in the Aegean and thousands of people are staying in the camps, these issues are no longer mentioned anywhere. And as long as no one talks about it, we believe these issues do not exist.

For every Breaking News we watch, for every article we read, we must always wonder: “Could this actually be true”? “Why did it come up now?” “Why is it no longer a hot topic?” We should not accept blindly what the Media “experts” tell us. Let’s dig beneath the surface for the things we are actually interested in and hear another opinion. Let’s think about how much we are affected by the things presented in the Media panels. It is the shaping of OUR opinion and OUR worldview that we are talking about here. And these things are actually worthy of our attention.