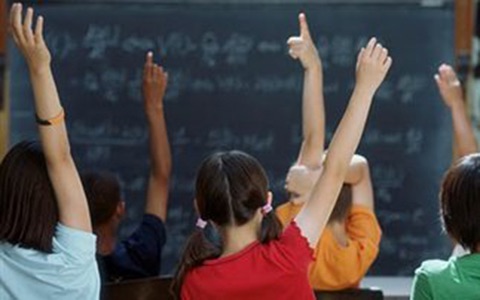 In the end, to become Greek, one needs more than just to be born or raised in Greece. What we all realized a month ago was that to become Greek, one needs to get (at least) in the NBA draft. Because, apparently, everything else is just not enough. Having finished school or having graduated college in the country is not enough, working, living, creating in the country is not enough. Why give, I wonder, citizenship to a doctor, a plumber, a musician or a teacher of migrant origin since he is not making us nationally proud abroad?

Because, naturally, their logic dictates that kids born and raised in Greece by migrant parents are not worthy to be called Greek. Worthy are only those who are willing to invest in Greece or to bring medals in the Olympic Games, even if they don’t know a word in Greek. And then they are trying to convince us that Greek is whoever has “Thee Greek education”. How much more hypocrites can they be?

Because, only when a second generation kid was chosen as the number 15 in the NBA draft, the problem became visible again for the State. And now what? A young man who met with all the formal requirements for getting the Greek citizenship, while the law 3838 is in the air. But this young man is not just any child. He is 2.07 meters tall, he plays on every position on the basketball court, he handles the ball in a way that would make top basketball players fill with envy, pinning back and forth, while 30 teams on NBA and the rest of the planet have lost their minds about him. It is in our interest for this kid and kids like him to be called Greek. But there is no longer a law about this.

I wonder, really, how many tranquilizers did the Prime Minister take when he realized that, apart from ERT, the Troika and the strikes, he had to deal (again) with the issue of Citizenship. But, didn’t this whole thing finish definitively (sic) when the provisions of law 3838 were cancelled by the State Council? He had thrown himself personally to this race (before the elections as leader of the opposition and as a Prime Minister after them), and so did his party trying to cancel the law, and when they finally succeeded, Yannis came up. And here comes the theater of the absurd. “Samaras made Yannis Greek!” is what all the media is parroting. Reproducing the news as if they did Yannis a favor. Neither is Samaras an emperor to cleat someone, nor is “Greek” a nobility title. Yannis was and is Greek, neither Samaras nor the media made him one. And then of course the invitation followed at the Megaro Maximou, the Axion Esti, the photos and congratulations on how nationally (!) proud he made us. Hypocrisy in all its glory.

There are 200.000 kids like Yannis, with the only difference that they are not on the NBA list. And first of all his brother, who lost his chance for the NBA draft because he did not have Greek citizenship. Is this, really, what separates those who can become Greek from those who cannot? For us, the answer was, is and always will be no. For this reason, we chose to do something about it.

Generation 2.0 for Rights, Equality & Diversity is the answer for all those who believe that young people with migrant origins are not Greek or/and are very different from Greek kids. Our organization consists of kids with migrant and Greek origins, creating what we like to call the New Generation of Greek Citizens.

As an organization we started a petition, giving also information to people and raising awareness about the situation of young people with migrant origins in Greece today. Legally and socially invisible, this kids do not have access to basic human rights. In most EU countries and elsewhere, young people of migrant origins are guaranteed the right to citizenship as soon as they fulfill the basic requirements. To have been born, raised or attended school in a country is generally a sufficient and objective criteria to be considered a citizen of that country. Naturally, Greece is an exception, where these criteria are considered neither sufficient, nor objective, unlike the personal judgment of employees in the Ministry of Interior, which the State Council considered necessary in order to provide citizenship to these young children. The problem is, however, that at this particular moment in Greece there are about 200.000 young people not only without citizenship, but largely without the right to access it. The state is depriving them of fundamental rights, formally and substantially, turning people who were born and raised in the country into foreigners.

The Generation 2.0 RED campaign is also online and aims to publicize this issue in Greece as well as abroad.

We are asking for what should be obvious, for us all to become equal Citizens of the country where we were born and raised. All of us, no matter if we are on the NBA draft or not. Because if we need an American list to become Greek, then unfortunately, they are making fun of all of us, whether Greek or not.