Report on the situation at Manolada | December 2018

Report on the situation at Manolada | December 2018

The first days of December the fruit harvest took place, starting from the winter early fruits. Meanwhile, the planting of plants in the greenhouses continues.

On early December, the needs for the harvest of early strawberries and the planting of the main varieties were relatively low and covered by the workers who resided permanently in the area. Particularly, 1.000 workers were needed, while 1.500 were living there at that moment. Half of them resided in Manolada, while the other half resided in other areas (Lappas, Vardas etc). It appears that more acres than ever had been cultivated, foreshadowing that the needs for manpower are going to be increased. Around mid-December the needs, due to the intensified cultivation, increased and as a result hundreds of workers started arriving in the area, on a daily basis.

Housing conditions were appalling as before and by large, there was no substantial improvement even after the fire of 7/6/2018. In the same area where the fire broke out, there were still very few slums which had survived from the flames. There were however many fabrics (canes, thick plastic) and it is likely that more slums will be built there as well. On the contrary, at the site where the official (!) camp was built immediately after the fire, there was a construction boom, and at these rates it is predicted that the next month, when the demand for labor increases, there will be even more. Many shacks had already been built and completed, others were in the process of adding the insulation (rugs and thick plastic) and others were still in the construction stage of the framework (reeds). The six (6) chemical toilets that had been installed during the creation of the camp, have been removed for a long time as well as the only installation of running water. More than 100 people live there already and if one counts the shacks under construction, this number will at least quadruple. Hygiene conditions had already reached a critical point, and despite the relatively low temperatures, smells started to emerge.

At several places in the area, new camps were emerging. The model followed is usually this: First there is a regular house alone on a farm with normal electricity and water supply. Side-by-side or attached to this the shacks are built. Often (and not always) electricity is supplied to these shacks from the regural house. Obviously, the installation is a patchwork solution and thus extremely dangerous. There are dozens of such shacks at the moment, and in accordance with the expected arrivals, they will multiply in the next month.

On 26/11/2018 the formal part of recognition of the association under the name “Bangladesh National Cultural Association of Nea Manolada” was completed and registered in the relevant books kept at the Court. Because of this delay, since the request had been made since July 2018, the elections, scheduled to take place in November, were postponed to a later date. An effort is being made to enroll community members in a massive way because the success of the union will be determined by the number of members.

Manolada’s improvised camp next to the tents that were given to the field workers after the fire by the Ministry of Labor.
Photo by Generation 2.0 RED – December 2018 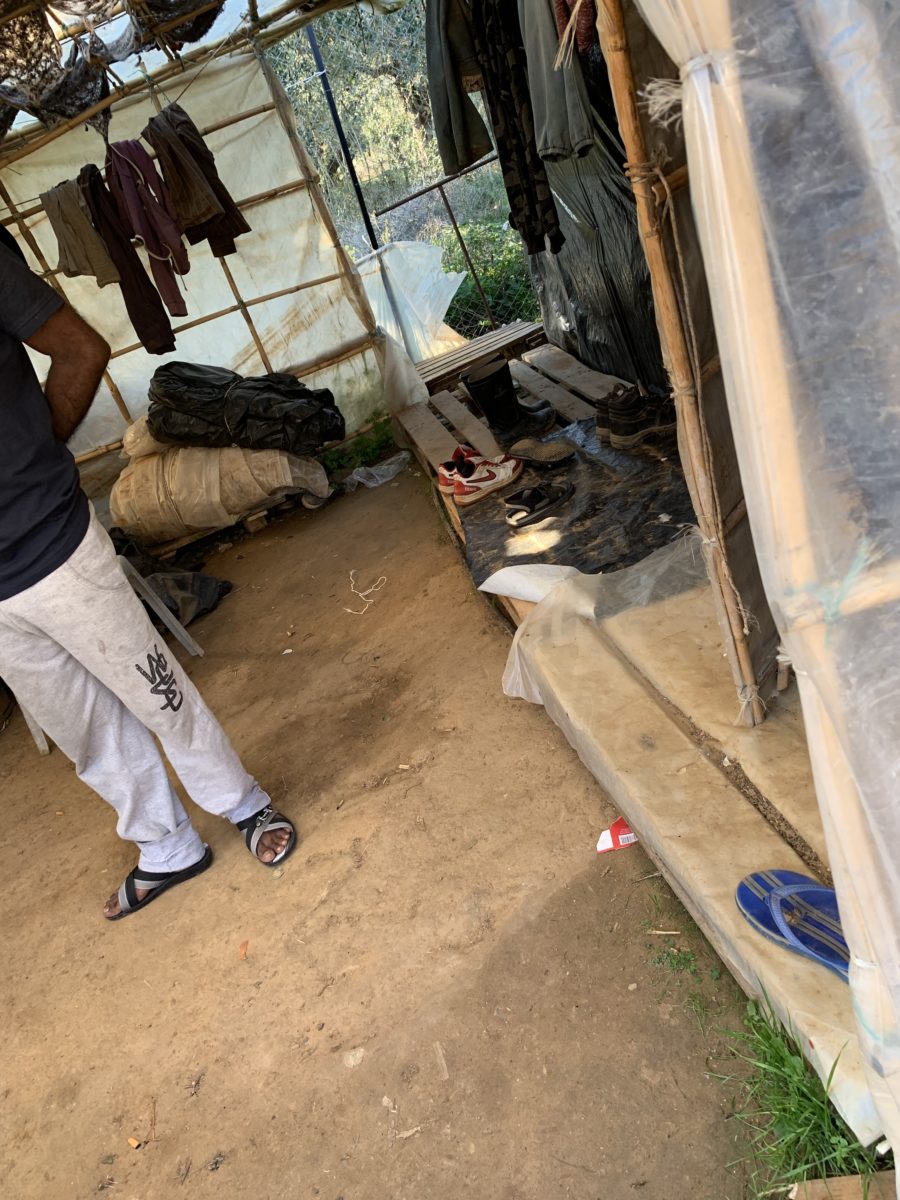 The typical inside part of α camp depicts the conditions of residence of the workers. Photo by Generation 2.0 RED – December 2018 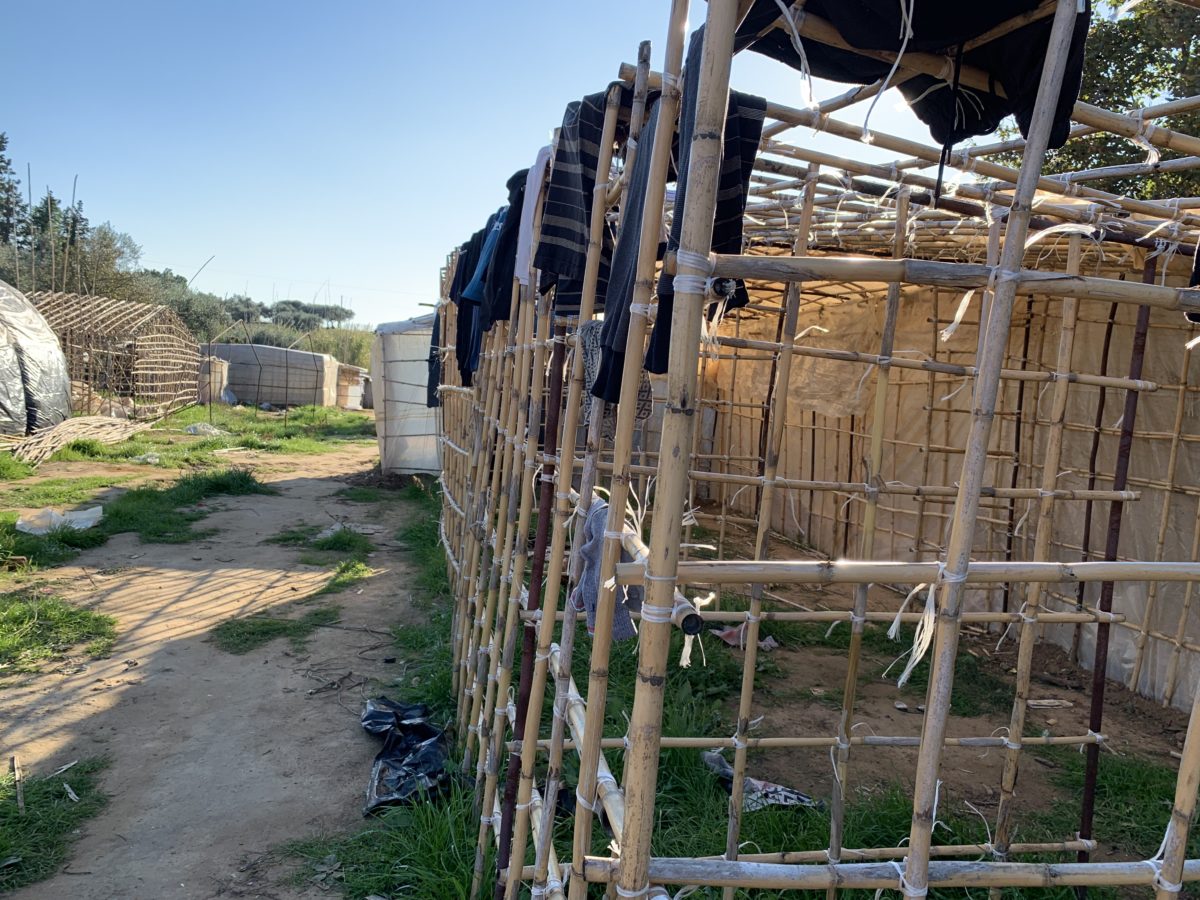 One of the camps under construction. Such a construction can give up to 300 euros per month to owners. Photo by Generation 2.0 RED – December 2018 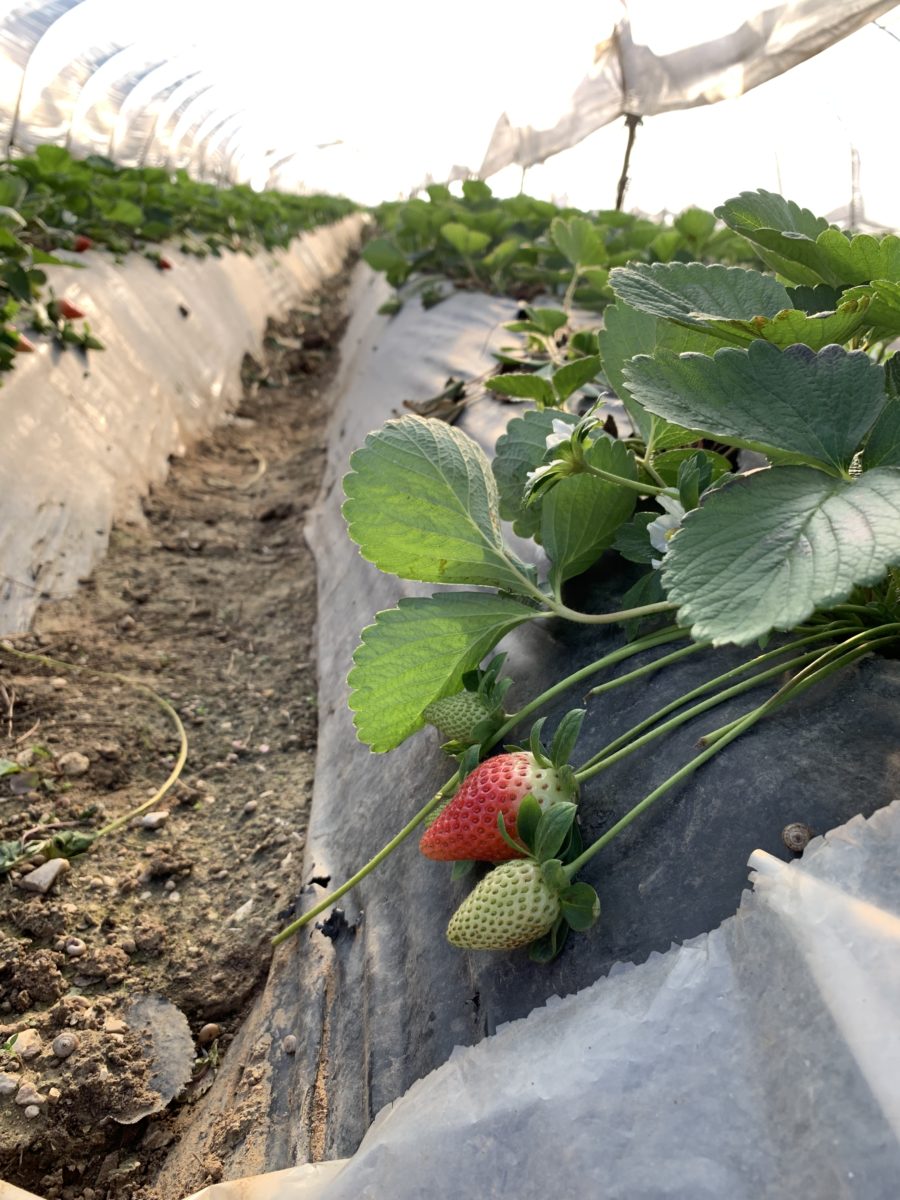 Early strawberry variety has been ready since early December. The harvest of the main varieties will be intensified from 15 February. Photo by Generation 2.0 RED – December 2018 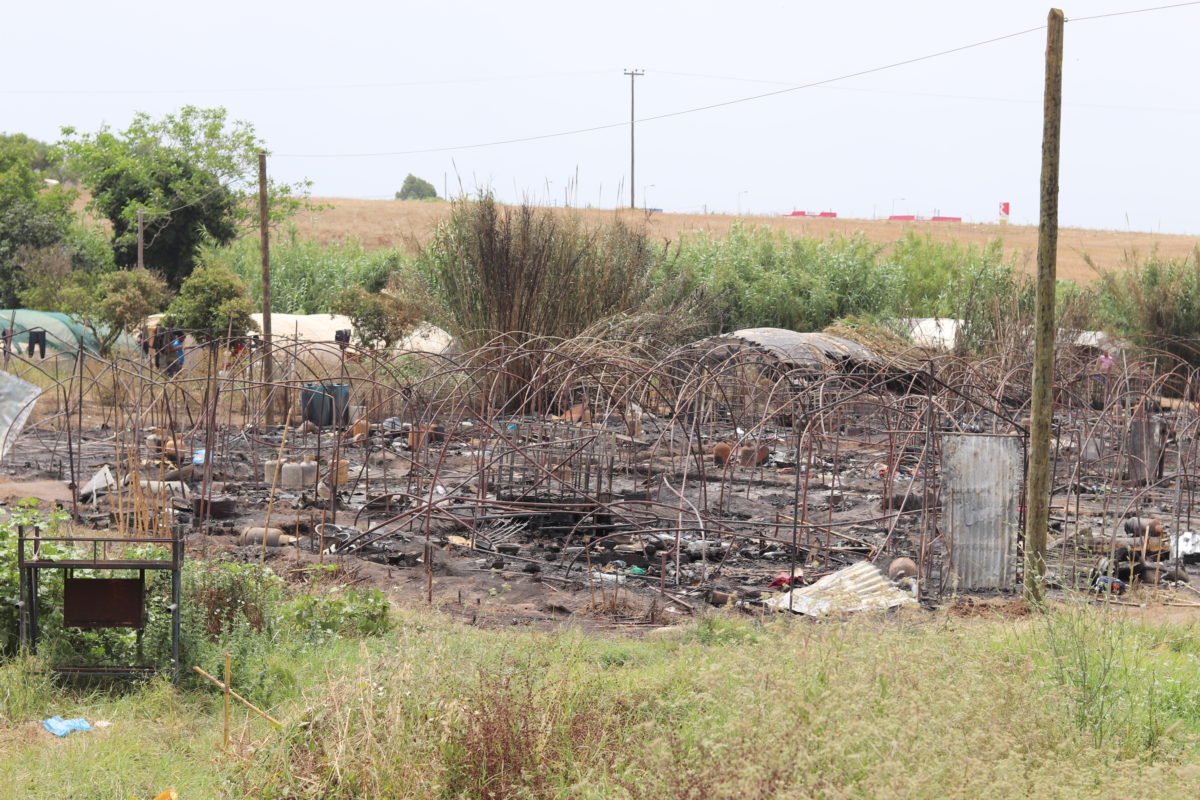 We remind you the situation in which the camp was after the June’s fire. Photo by Generation 2.0 RED – June 2018