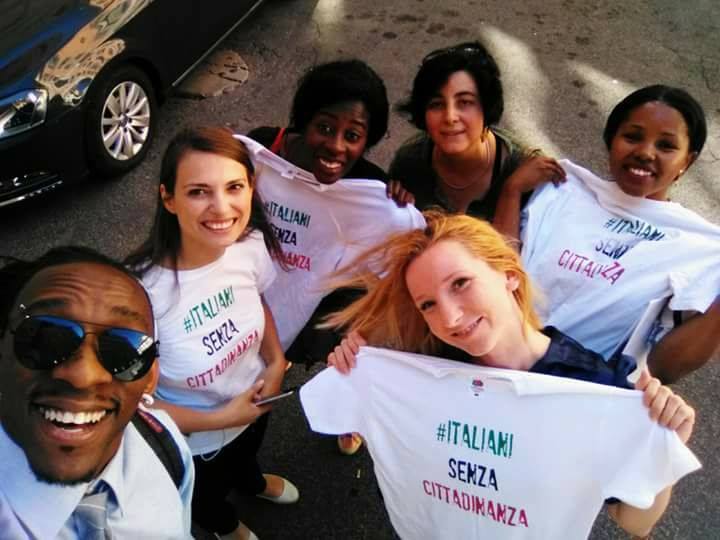 With the reform of Ius Soli still blocked in the Senate, the group Ïtalilani Senza Cittadinanza” started a petition to put pressure, asking for what should be obvious: to being recognised as Italian Citizens.
More info on the struggle for the Ius Soli reform can be found here.

Here follows the original text translated in English, with which they ask you to also sign the petition here.

The reason we are writing to you is because you hold in your hands the destinies of our lives and we want to ask for concrete actions which will allow us to live in peace in our country, Italy. We are young people who, even if we were born or raised in the Italian territory, today we live in the limbo in our own society. We are the first signatories of this petition. We represent the tip of the iceberg of that million “Italians without Citizenship”, of which 800,000 were born in Italy, or arrived in the country at a young age, but are considered obstinately by the state foreigners. In this country we spent our entire existence: we learnt to walk and talk, grow, study, work, just like all our peers that have inherited Italian citizenship according to law 91 of 1992. But that law condemns us to remain “Strangers in our nation” because those who brought us in this world are foreigners.

A law that, the Chamber of Deputies, in the historic vote of October 13, 2015, chose to change, recognizing finally that “those who grow in Italy are Italian”. A principle that you, dear Senators, did not consider it equally important for the present and future of our country, and so the Reform text has been stuck for a year and a half in the Constitutional Affairs Commission, putting our lives to a standstill. Thanks to that, we put a hold to our serenity and dreams. This has also endured injustice and discrimination against us, since we are invisible to the Italian state.

But we no longer want to be invisible. For this reason, dear Senators, we ask you, along with the movement #Italianisenzacittadinanza, to read our postcards in the chamber, to share our stories with our photos of when we were at school, and we ask you to vote in favor of the Reform Of the law for the acquisition of Italian citizenship, in order to finally recognize us as sons and daughters of Italy.

With this petition we decided to bring together the Italian civil society who is now well aware of the urgency of this Civil Reform; a world starting from the Italian NGOs and reaching up to the public schools where we grew up.

With the hope that you will understand our request, we hope for a fairer, inclusive future, far away from the nightmare of being foreigners in our own home and country.