Molotov attacks from neo-Nazis at the refugee camp in Suda, Chios

Molotov attacks from neo-Nazis at the refugee camp in Suda, Chios

Once more, refugees were targeted through propaganda and disinformation, with the media full of articles about attacks with fireworks by “illegal immigrants” (?!) from the camp of Souda in Chios against the local residents.

Fearful comments and broadcasts regarding the episodes yesterday and the day before – November 17th and 16th 2016 – in the refugees camp in Chios have overwhelmed the internet, talking about an attack with no reason, about residents’ terrorism and many more.

Generation 2.0 RED examines daily such incidents. We have an obligation to fill in the gaps and inform about the actual events, setting things straight. 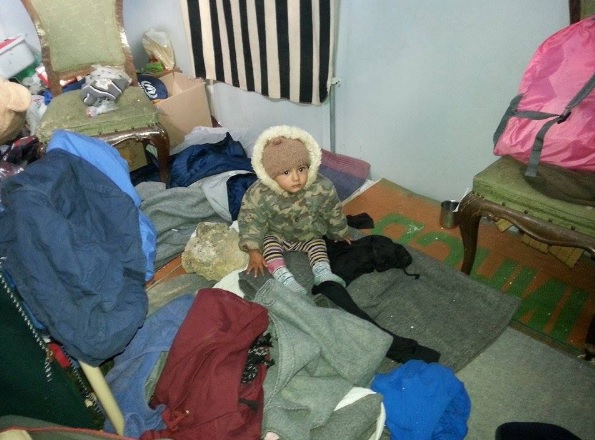 Regarding Wednesday’s episodes, when refugees launched fireworks they took after breaking into a store, the commission of KKE in Chios made an announcement, which only astraparis.gr cared to broadcast. This action, denounces the statement, was the refugees’ defense against the growing gathering of neo-Nazi members of the Golden Dawn, only 200m away from the camp, after a relevant open call they held in social networks. The announcement also notes that, some hours before this very incident, the refugees had received a grave attack with stones inside the camp from right-extremists. This was verified by many photos that have been published in social media.

While the number of right-extremists increased causing major reactions, riot police entered the camp with tear gas and stun grenades, ending in injuries and refugees’ arrests.

The next day, Thursday 17th of November, along with the police who was still in the camp to prevent potential episodes, there were complaints from the refugees about people with improvised bats and iron bars. Early that night, two Molotov bombs were thrown inside the camp resulting in the complete burning of two tents.

“Fascists burn the tent. They threw molotof from.. here. Above the castle. See fascists, what they do”

Later on, there was another Molotov attack, forcing the refugees to run away from the camp and seek protection in local areas. In midnight, two people – who were in solidarity with the refugees – were attacked by 30 people. They were dropped down and beaten up, while police forces were around, as mentioned above. The two injured people were transferred in the hospital. It needs to be emphasized that there are reports about more than 50 people -members of the Golden Dawn – gathered outside the camp last night. “Refugees slept on the streets yesterday night, after the attacks in the camps”. Photo credits to @Theurgia_Goetia.

Furthermore, it should be noted that the episodes happened only 2 days after the “fiesta” of neo-Nazis of the Golden Dawn with the subject “The major national problem, the illegal (sic) migration”, with the presence of Ilia Kasidiaris and Yanni Lagos.

We should also mention that local media -and not only- blamed refugees for damages and destructions of cars, but in the end, the 32-year old M.G, resident in Kofinia, took responsibility for the incidents. In his statement, he said that he broke the glasses from 15 cars because he was drunk and, in combination with the fact that he is on drug rehab, he did not have consciousness of his acts. 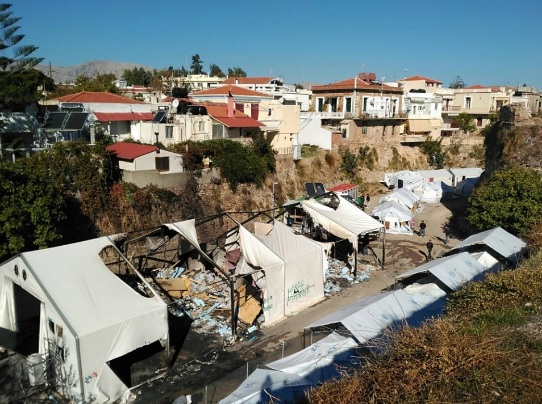 The refugee camp of Souda in Chios today, after the yesterday’s events.