In the middle of Flanders

In the middle of Flanders

In the middle of Flanders, in Belgium, 30 minutes from Bruxelles by train, there is a small city called Mechelen. Its beautiful main square is enclosed by small symmetrical houses and, behind some of them, the cathedral raises majestically. Although significant, there is something even more beautiful than its monuments, which makes this city unique: The fact that 138 different nationalities live there, together.

We shouldn’t be surprised, but actually we are. We wonder how the inhabitants of a small city can accept to receive many migrants in this particular historical moment. What makes it possible?

Mechelen has historically been a city of migration. Marked by the World Wars, the city saw its inhabitants fleeing, as refugees, to other countries. It also saw, in its main square, 25.000 Jews assembled by Nazis before being deported to Auschwitz. “We have a historical obligation” says Bart Somers, the Mayor of the city.

From the 60s, Mechelen became a city of immigration, firstly hosting Italians and Spaniards. However, the biggest migration flow came later from Morocco, whose community constitutes the biggest foreign group of the city, with 15.000 habitants, followed by the group of Syrians (2-3.000 habitants) and Armenians (around 1.000 habitants).

Differently from the nowadays trend, where newcomers are seen as dangerous and asylum seekers are denied access in Europe, this small city gives the strongest answer: not only Mechelen welcomes asylum seekers, but all its efforts are towards the direction of a successful integration. And, in fact, it is.

Creating an empathetic-positive link with the past has been a very important first step. The creation of the OP.RECHT Festival, in this same direction, reminds that Mechelen was the Capital of Law, where refugees out of Belgium could complain in case their rights were not respected. But, of course, this is not enough.

Lessons for kids start since day one and civil-social lessons are given to everybody in order to teach, in a very practical way, the values and the functioning of the society of Belgium and Europe as well. All the citizens are involved in the integration process: a platform of volunteers guarantees activities such as events, trips and theme evenings.

People with different backgrounds have already important roles in the society and in the next year, probably 100 asylum seekers will have the chance to become scouts.

But how do you persuade sceptical citizens to accept asylum seekers, in a time when populism is growing more and more? Populists accuse asylum seekers of stealing jobs and houses or of doing nothing at the expense of citizens, depending on the moment. So, to avoid accusations concerning houses, the Mayor decided to build 2.000 new houses, very cheap, where all the people in need have access: they are not reserved to asylum seekers but they are for residents with economical problems as well.

To work means also to integrate and, for this reason, it is fundamental to start working as soon as the person has the permission. But differently from an inhabitant, the newcomer has to learn the language and, in some cases, the profession. For this reason, agencies that hire asylum seekers receive funds for the wages of the newcomers: in this way, the agency has to pay on its own lower wages; the rest is paid by the municipality. Moreover, before working, the asylum seekers can volunteer to avoid wasting time.

At the base of all this, there is the belief that diversity is to be celebrated and not hidden. Once a person discovers that diversity is something not to be afraid of but -on the contrary- enriches everybody, it is easy to overcome irrational fears. And to remember that diversity and evolution are key-values of democracy. On this issue, the Mayor points out: “The biggest revolution was made by women. Nowadays accusations against asylum seekers were made not many years ago against women: The fear that they could take jobs from men, for example. Women changed the society, in a better way. It is only a matter of change of habit: the society evolves continuously”.

Which are the results of this policy based on integration?

In Mechelen there are no foreign fighters*. If both Bruxelles and Antwerp, two very close cities, have had a consistent number of foreign fighters, Mechelen has had none. Because a newcomer is not confined in a ghetto, lost in a society he/she doesn’t know, without future. On the contrary, every newcomer is a member and an active part of the society, a true son/daughter of the city.
Do you still think that integration doesn’t matter?

*Technical expression that means those who are -in this case- in Europe for more than one generation and tired of the situation of their lives in the West, decide to go back to Syria or other countries to be instructed as terrorists. 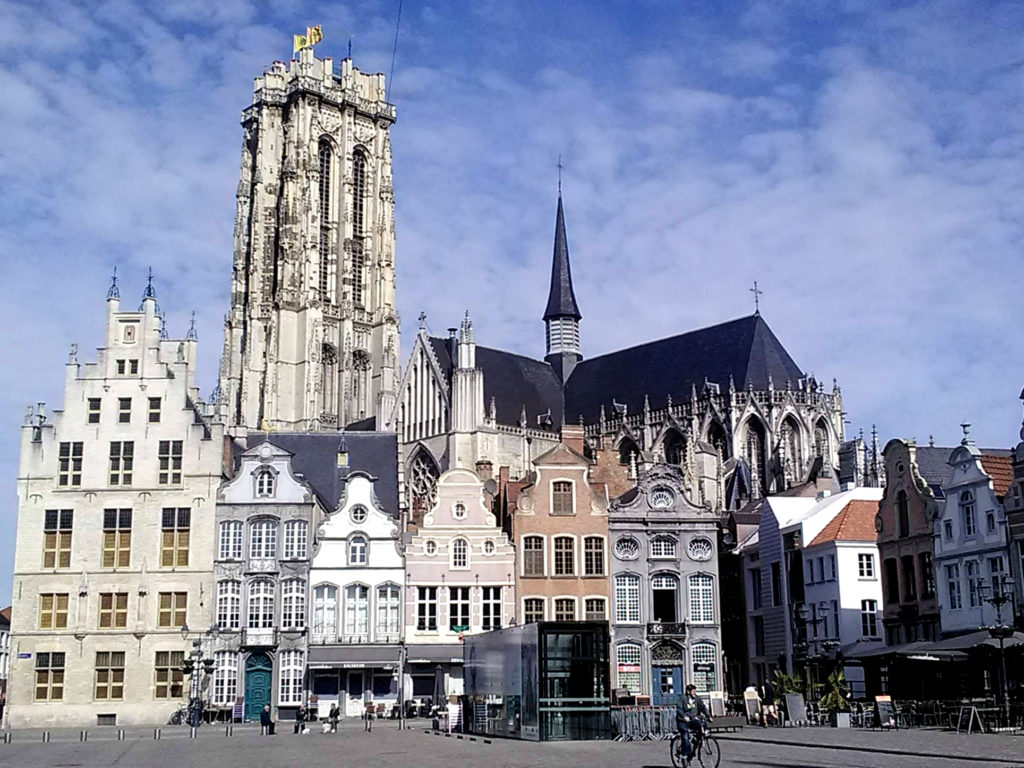 The City of Michelen