How many more lives are going to slip through our hands before we talk about Moria?

How many more lives are going to slip through our hands before we talk about Moria?

It’s not long since we last spoke about the safety gaps in the camps, specially the one in Moria. The media talk about “unfortunate incidents” and “individual events”, but the truth is nowhere near these statements. When the tents in the camp of Moria were completely covered in snow and destroyed, topical media talked about policemen that did not let anyone inside nor outside of the camp taking photographs and documenting the whole thing.

We did not see many raise an eye either about the video on national TV that “cut” the part of a refugee kid talking about 9 deaths from the cold in the original reportage. And now we learn about the third person dying in only a week by a self-made heating device in the tent trying to get warm.

Abdulazez Dukhan is an extraordinary artist, a refugee from Syria, a dear friend and a member of Generation 2.0 RED. He answered a few questions we had about what is actually happening in the camps…

“The main problem is the cold. It is so, so cold and the tents do not prevent neither the wind nor the cold from coming inside. I was in a camp last year in January, same month as now, and it was really cold. I was freezing and could not sleep at night, just like any other person in the camp did not sleep most nights. Everyone was trying to get more blankets, to find a way to cover themselves and get warmer to be able to sleep.”

The tents provided in the camps cannot protect from weather conditions, since the small area gets colder than you can handle when it’s cold and warmer than you’d expect when it’s hot outside. And what about raining? I wondered.

“It doesn’t prevent anything, the tent. When it was raining, my tent broke five times. And I was building it up again, like everyone else did. But every time, all of my things were completely wet, all of our stuff…” 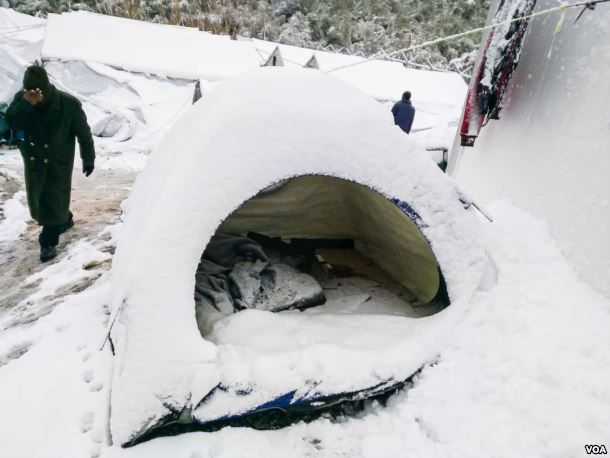 Of course there are differences in the conditions from camp to camp. Some are completely free, allowing anyone to come inside, while others insist that no one can enter. And this is a problem.

“There are some camps where the situation is really bad. I was in a camp like that. But there are so many camps and nobody cares. And at the same time the police don’t care. They act like ‘That’s okay, this is between you’ and things like this, but it is not okay. In some camps there are drugs and stuff like that. In Softex camp in Thessaloniki, for example, you see drugs and so many other things going on in there, it is a completely joke! So where did this come from? You see, there are guys selling drugs in the camps. And these guys are people from this country, no? So someone has to care!”

So, what is a person to do when he has to spend his whole day, week or month in the cold? How does he resist those poor weather conditions?

“It is so difficult in the camps… It’s not even about physical things. If you dig a little deeper… People make fire to get warm. You know, I worked five months with the medical team in the camps, and they noticed things. People are making fire any way they can to get warm or to cook. So, the fire goes back to them, back to the kids. So many little kids have asthma! In three different camps -where I’ve worked with the medical teams- there were so many cases with asthma. And they were all so, so small kids. Some of them only 1 year old or 2 or 3. They have asthma, this is so bad! But what can they do? There is no other way to cook, no other way to get warm.”

But the problems do not stop only in the cold and the fire. Everyday life and small things become a challenge.“People cannot even wash the dishes every day. It’s colder that you can handle. The water there is not cold like the water in the apartments and houses here. It’s really freezing!” 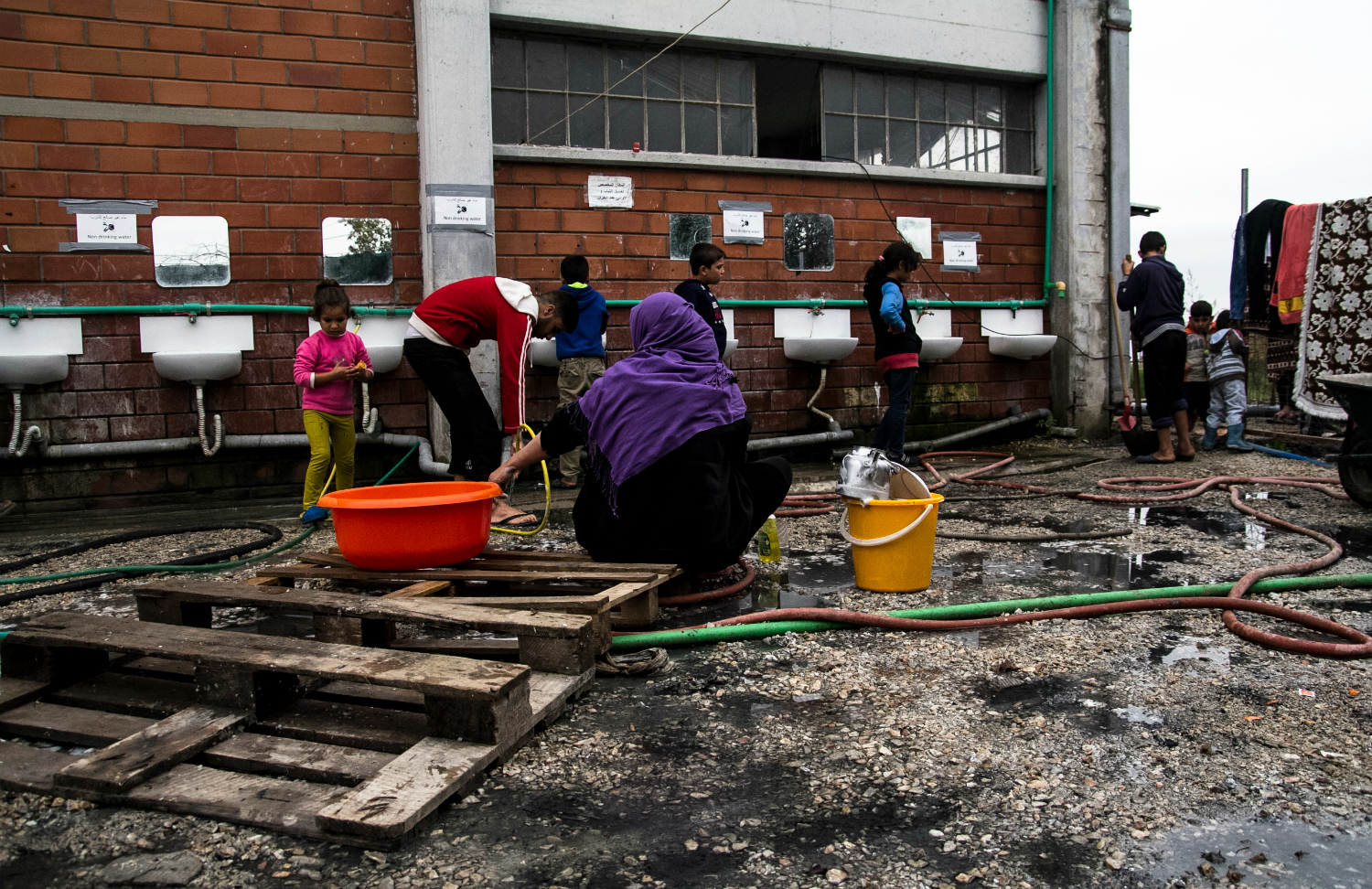 And here rises a bigger issue… “So what about fire? They have to do it outside the camps, somewhere else, so this is really a problem. How can people leave the camp? They put refugees somewhere far, far away, in this way they do not get in touch with locals. All the camps here are isolated.” It is hard to build up the courage and get outside of the camp, the city is in a long distance. But even then, “when these people decide to do things, locals make them feel unwanted. How will they integrate in the society if they walk on the streets and people are looking at them in a strange way? Labels, only labels. Refugees are not accepted.”

Abdulazez Dukhan is one of the most talented people I know. Because people are not their abilities, but what they actually do with them. It is not so much about having the talent to do something, the important thing is to actually do it. And Abdulazez is a person that did not want to wait and see. He wanted to do something instead of wasting time, waiting for something to happen. As he says, time is something very, very important to him…

“You know, being in the camp is really, really difficult. But I saw so, so many people who do not care about the situation there, they only care about time. This is something very precious to me. You see, we were in the war, we spent so much time doing nothing there, having nothing to do. And then we came here and, for me, this is the most important thing: time. And there are so many guys like me. They care about time more than they care about anything else. And they do anything they can, they start things in order to not lose time. This is one of the biggest troubles there. You can find NGOS, organizations etc. about working for kids, playing with kids, doing stuff for kids, but no one cares about adults or about 20 year old guys. This is one of the biggest problems.” 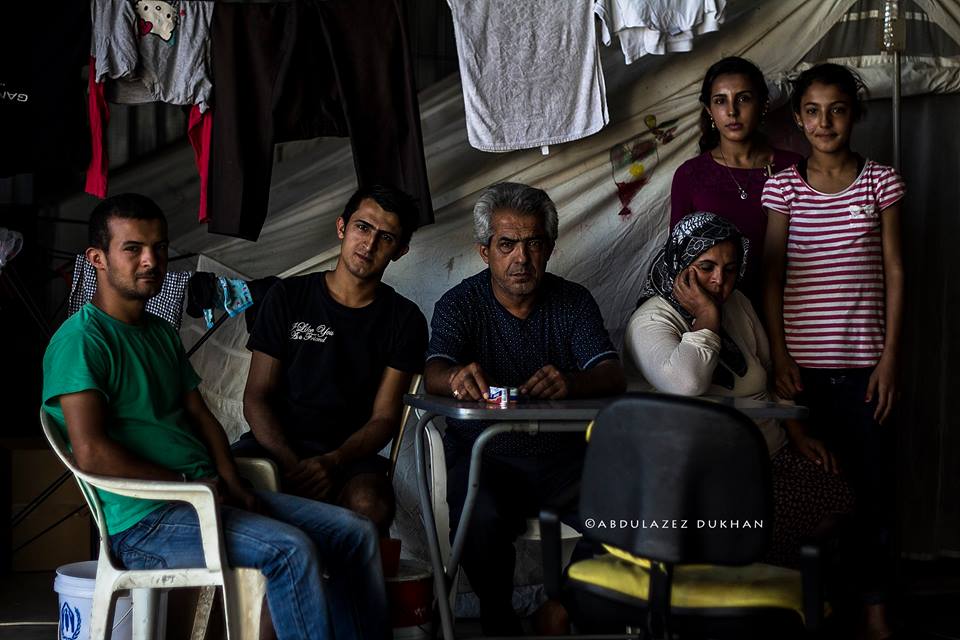 Looking at his photographs, we see happy little faces, kids playing, laughing. But all the older guys and adults seem to have many things on their minds, they have straight faces…

“That’s right, that’s totally true. That’s what I mean, kids are kids, they are going to play anyway, they will not remember all this so much. But the adults, they are going to be affected by all this. All the projects I do are about these guys. I like to work for them because you can build a society with them. They understand and feel and they know what is going on. So activities and projects for them is the most important thing. And on the other hand, that’s why I take photos of kids as well. Because you see smiling faces, but on the same time you can look around. The situation there. This is the project I’ve been working on. Smiles in dark places.” 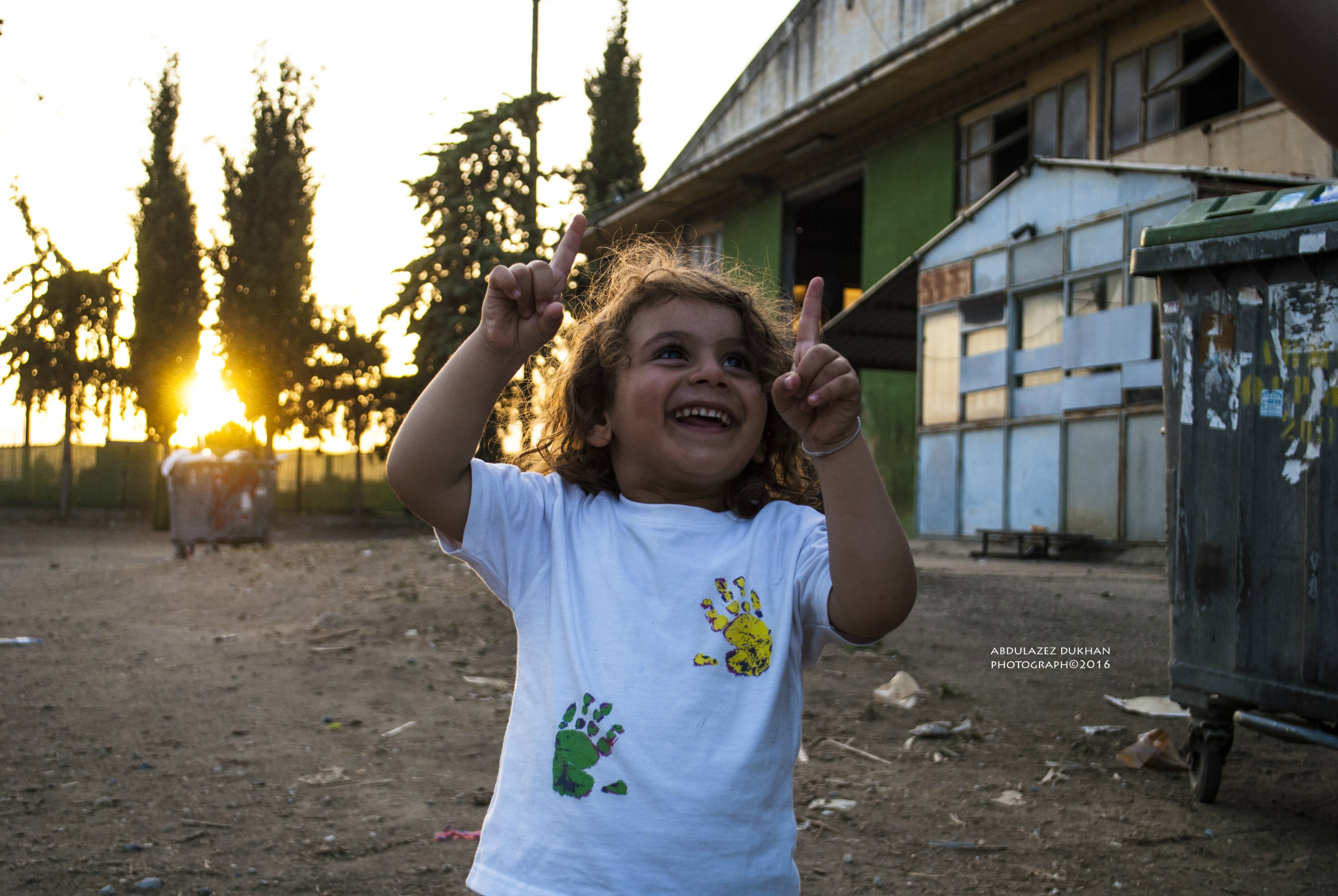 Institutionalization, isolation, misinformation, propaganda, unwanted kids in schools, safety gaps in the camps, people dying after everything they endured to escape from the war. Hundredths of millions allegedly spent to provide and care for these people. But really? This is the best we could do? And on the other hand we see people full of abilities and willingness to create, to be part of this society, to actually do something. How can we deprive them of the right to live as an equal human being?

I want to thank Abdulazez for taking the time to talk to us. You should definitely check his art in Through Refugee Eyes on Facebook and Instagram.