The Antifascist Festival of Performing Arts was organized in 2013 for the very first time and it is an artists’ initiative with a strong desire to act against the fascist formations that threaten not only the Greek society but the whole Europe as well. Denying that art has nothing to do with the society that creates it, their goal is to create a platform for coordination and action from the people performing arts against the fascistization of society.

Performances and groups, migrant communities, schools and educational groups, music, art and activist collectives rally every year in this initiative. In the 3rd Antifascist Festival of Performing Arts, in March 2015, Generation 2.0 RED was there. 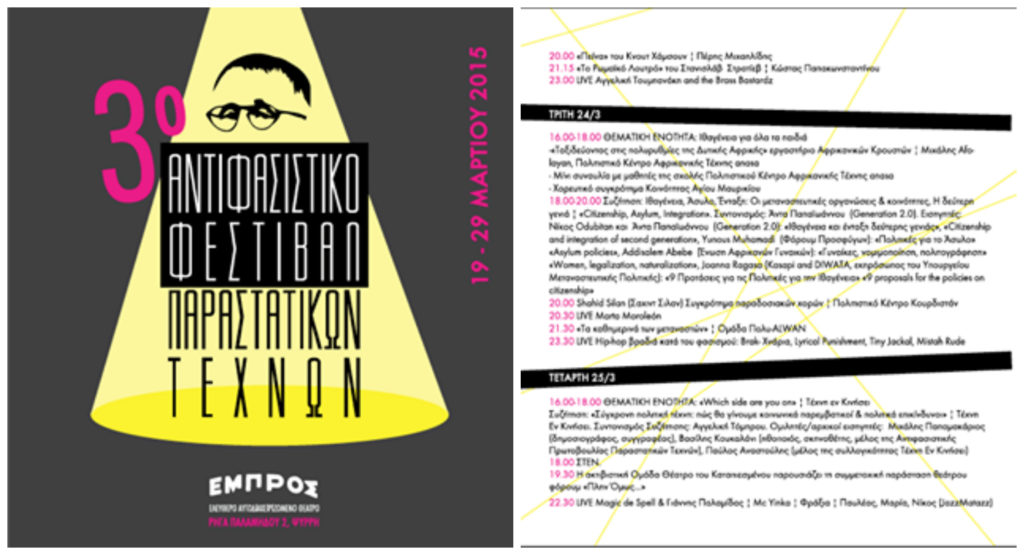